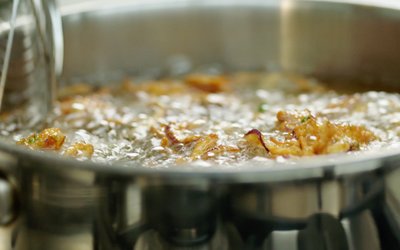 How to make the perfect onion bhaji

Whether you’re looking to make a quick and easy snack bursting with flavour, or preparing tasty appetisers for your dinner party menu, the onion bhaji is the perfect solution. Rich in flavour and simple to make, an onion bhaji is destined to leave you and your tastebuds feeling satisfied.

Serve as an accompaniment to an Indian feast, or save a couple as a tasty snack, there are many ways to enjoy an onion bhaji. You might enjoy eating an onion bhaji with a dip, such as a creamy cucumber raita. In this article, we’ll share a killer onion bhaji recipe from our Modern Indian Cooking course Maestro, Vineet Bhatia.

"These are extremely moreish. Once you start eating one, you are not going to stop,” Vineet warns.

What is an onion bhaji?

The onion bhaji is a popular Indian street food snack and is commonly served as an appetiser or side dish in restaurants or at mealtimes. It originates in the Southern Indian state of Karnataka and is often made as a welcoming snack to house guests.

“Onion bhaji are everywhere in India and are beloved by almost every person in every household,” says Vineet Bhatia in his course on Modern Indian Cooking. “Although most people have their favoured variation, I can say almost without exception that an onion bhaji must contain onions and gram flour; everything else is a matter of choice.”

They’re made by combining sliced onions, mixed spices and flour, which are then fried together to create small fritter-style balls or a flat cake. They’re widely known as onion bhajis but they may also be referred to as onion bhajiyas or onion pakoras.

“I will always argue that the onion bhaji (a.k.a. pakora) is the best of all the bhajis because the tangled shape of the sliced onions crisps perfectly when deep fried, so there is crunch and texture in every bite,” says Vineet.

How to make an onion bhaji

This onion bhaji recipe makes the perfect crispy onion bhajis. It avoids a thick batter by using gram flour and instead produces a coating with a crunch. Gram flour is a derivative of chickpea flour and makes these onion bhajis gluten-free. Plus, these bhajis are vegetarian and vegan friendly, so they are perfect for sharing.

"With these onion bhajis, every bite, every mouthful, will have lots of crispy parts to it," says Vineet in his BBC Maestro course. 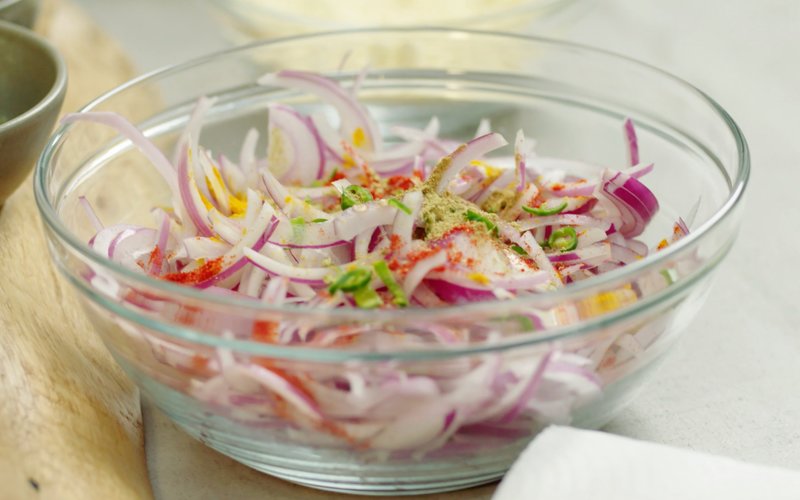 How to serve an onion bhaji

You can serve an onion bhaji on its own or with accompaniments. Mint yoghurt, green or mango chutney and salsas are all good choices. Though for Vineet Bhatia, the father of progressive Indian cooking, the best pairing with an onion bhaji is tomato ketchup. 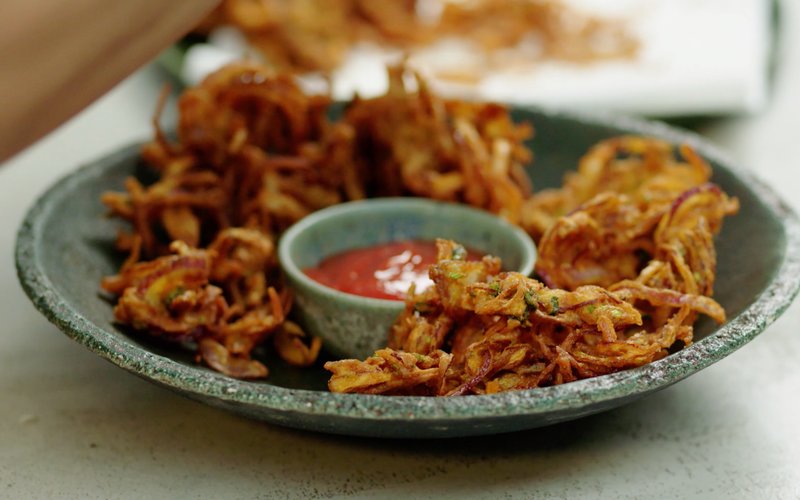 Want to learn to cook even more delicious Indian dishes? From classic chicken tikka and butter chicken, to more adventurous culinary delights like coastal prawn stew and cauliflower pulao, in his BBC Maestro online course Vineet Bhatia teaches you all the skills, tips and techniques he’s learnt over his 30-year career. From demystifying spices to crispy onion bhajis, you’ll learn with one of India’s most loved chefs.

Learn the fundamentals of French cuisine from the 3 Michelin star Maestro and living legend.

Master your baking with world-renowned 'Bread Genius' and trainer of 3 Michelin star chefs.