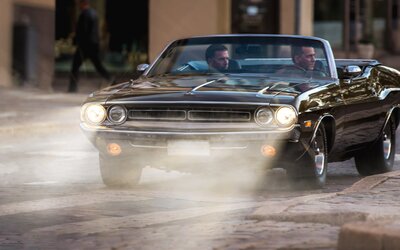 20 of the best car chase movies

From heart-stopping stunts to breakneck speeds, there’s nothing quite like car chase movies for thrilling, edge-of-your-seat viewing, whether on the big or small screen.

But what are the best car chases of all time? Here’s our list of the top 20 car chase movies to add to must-watch list - in no particular order.

There are car chases a-plenty in Edgar Wright’s Baby Driver (2017), but the slickly choreographed opening scene is one of the best introductions to an action movie in recent history. Getaway driver Baby does his best work when listening to music on his iPod, and this scene showcases his skills as he speeds away from a bank robbery to ‘Bellbottoms’ by The Jon Spencer Blues Explosion in a scene that perfectly sets the tone for the rest of the movie.

The car chase in The Italian Job (1969) is one of the funniest action scenes you’ll ever see in a movie. The film follows Cockney criminal Charlie Croker (played by Michael Caine) and his gang of criminals who are trying to steal a stash of gold bullion in Turin. The car chase scene features the crooks in three Mini Coopers, leading the chasing police through a series of increasingly ridiculous obstacles, including a marriage, a pitch-black tunnel, and a set of stairs.

“You got your seatbelt on?” Louise (played by Susan Sarandon) asks her friend Thelma (Geena Davis) before accelerating through the desert in their iconic 1966 Ford Thunderbird towards the end of Thelma & Louise. The film is remembered for its dramatic and emotional ending, but the car chase that comes before it builds tension while looking great on-screen with sweeping overhead shots of the women pursued by multiple police cars as they head towards the Grand Canyon. 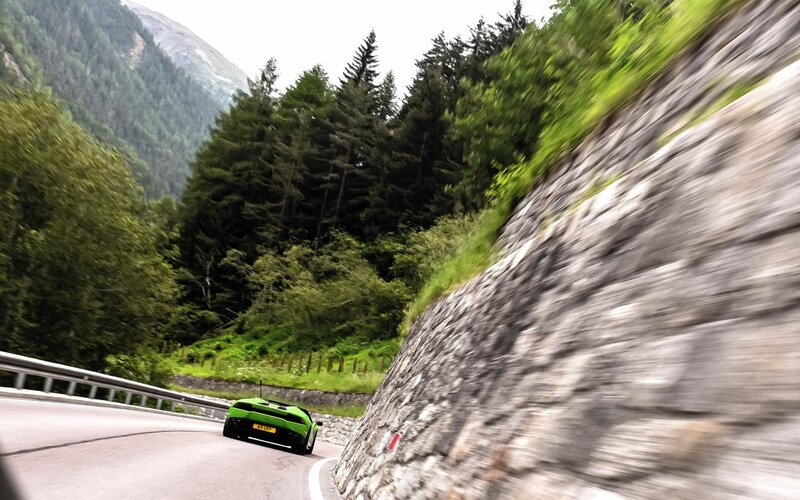 The final chase through the streets of Chicago in John Belushi and Dan Aykroyd’s The Blues Brothers is another classic comedy car chase. The scene begins when Elwood (played by Aykroyd) mutters the famous line “There’s 106 miles to Chicago. We’ve got a fill tank of gas, half a pack of cigarettes, it’s dark out and we’re wearing sunglasses.” – and what follows is a madcap chase as the brothers in their ‘Bluesmobile’ leave a trail of destruction and smashed-up cop cars in their wake.

One of the original car chase scenes, and still one of the best – this action-packed scene from 1968’s Bullitt set the gold standard for cinematic car chases. Steve McQueen’s Detective Bullitt is chased down in his Ford Mustang by the bad guys in a Dodge Charger in a scene that moves from the hilly streets of San Francisco into wide open roads, allowing both cars to pick up some serious speed in a scene that’s both thrilling and visually stunning.

There are multiple car chases in Drive that’d be worthy of this list, but the opening scene is by far the most interesting. The unnamed driver, played by Ryan Gosling, picks up a couple of thieves after a job and is pursued by police through Los Angeles – but rather than trying to outpace the cop cars, Gosling plays it smart. He drives a run-of-the-mill car to ensure he blends in on the road, listens to the police radio to stay ahead of their movements, and lies in wait in dark sections of the road to avoid detection.

Most James Bond films feature multiple exciting car chases, but the opening scene of 2008’s Quantum of Solace is one of the most exhilarating by far. The car chase is already in full pursuit when the movie starts, with Bond’s Aston Martin DBS being pursued by the bad guys around the winding roads by Lake Garda. The cars weave in and out of hordes of tourist cars, plunge off cliff faces, and endure gunfire before – of course – Bond comes out victorious and drives away safely.

The Fast and the Furious

The Fast and Furious franchise is, essentially, all about car chases – and the first movie in the series, 2001’s The Fast and the Furious, set the standard for the films that followed. It’s not as fast or as furious as car chases in later films in the series, but it’s slick and stylish – and the first big bonding moment for Brian and Dom, played by Paul Walker and Vin Diesel respectively, as Brian saves Dom from being caught by the chasing police.

The sixth instalment in the Mission Impossible series, this 2018 film has one of the most epic car chases in the franchise, with Tom Cruise on a motorbike being pursued through the streets of Paris. Cruise didn’t use a stunt double for this scene, which makes it all the more mind-blowing when you see how high-speed the chase actually is!

The original Mad Max film from 1979 opens with a nail-biting scene as motorbike gang member Nightrider (played by Vince Gill) kills a police officer and escapes in the dead officer’s car. In this dystopian Australia, gangs are able to get away with murder (literally) as civil order is breaking down – but not this time. ‘Mad’ Max (Mel Gibson) pursues Nightrider and his girlfriend in a thrilling pursuit that ends in an explosive crash.

This 1995 film was the first to feature Pierce Brosnan as Bond, James Bond. The Bond films are famous for their car chases, but GoldenEye stands out as it doesn’t really have any of the typical car scenes you might expect – other than one very inventive chase, in which Bond hijacks a tank and pursues his enemy Ourumov through Moscow.

The chase in 1971’s The French Connection is thought by many to be the pinnacle of movie car chases. Produced by Phillip D’Antoni, who was also behind Bullitt, the filmmaker, along with director William Friedkin, sought to create a chase that was even better than that of his previous film. And that they achieved, with Popeye Doyle (played by Gene Hackman) in a car giving chase to an elevated train. The first-person filming perspective makes it feel like you’re right there with Doyle – and it’s still as thrilling today as it was back in 1971.

This 1998 thriller starring Robert DeNiro has been praised for its realistic car chase scenes – with the final one, set in Paris, being a particular stand out. There are no fancy cars involved, but they’re going incredibly fast, and there seems to be real peril in the way of both drivers as they dodge pedestrians, on-coming cars, tunnels, and bridges to create an action scene that’ll have you on the edge of your seat.

The chase in Terminator 2 is great fun, with incredible visuals and high speeds – everything you want to see from a big screen car chase. John Connor (played by Edward Furlong) escapes on his motorbike, with the evil T-1000 (Robert Patrick) in hot pursuit in a truck he’s stolen. It looks as though T-1000 will win – until the Terminator (Arnold Schwarzenegger) shows up on a Harley-Davidson, with a shotgun…

Another classic film and classic car chase from William Friedkin, who also directed The French Direction. In 1985’s To Live and Die in L.A., two Secret Service agents assigned as counterfeit agents are escaping from two gunmen after a failed operation – but it seems like the car chase is going downhill, too, as the two agents can’t shake off their pursuers. That is, until they head the wrong way down the highway – an idea that it’s said was inspired by the time Friedkin fell asleep at the wheel on his way home from a wedding and ended up on the wrong side of the road.

Mad Max makes it onto the list for a second time, with the 2015 reboot of the original, set in a post-apocalyptic world. It’s hard to narrow it down to one amazing chase to look out for, as the whole movie is basically one long car chase. The visuals are truly stand-out, making this film a must-watch for action movie fans.

Another film that is one long car chase is 1971’s Vanishing Point, which follows car delivery driver Kowalski (played by Barry Newman), who bets that he can get a car across the country – from Denver to San Francisco – by 3pm the next day. What follows is a wild ride, fuelled by drugs, which sees Kowlaski pursued at numerous points by the police – but does he win his bet, or not?

Another film that is one long car chase is 1971’s Vanishing Point, which follows car delivery driver Kowalski (played by Barry Newman), who bets that he can get a car across the country – from Denver to San Francisco – by 3pm the next day. What follows is a wild ride, fuelled by drugs, which sees Kowlaski pursued at numerous points by the police – but does he win his bet, or not?

Quentin Tarantino’s 2007 action-thriller is centred Mike ‘Stuntman Mike’ McKay and his ‘death proof’ car – death proof for the driver, that is, as he uses the car to kill women. One of his targets is Zoë Bell, and the scene in which he’s trying to murder her features a thrilling car chase with Bell on the bonnet. It’s made all the more exciting when you realise that Bell is a stunt woman (she was previously the stunt double for Tarantino’s earlier film Kill Bill), and all the terrifying details you see in the scene were actually filmed by her, without any CGI or doubles.

This 1971 film, directed by Steven Spielberg, follows David Mann (played by Dennis Weaver), a business commuter who is driving trough California to meet a client. He makes a mistake when he overtakes a truck, the driver of which goes on to terrorise Mann throughout the course of the film. It could have been a comedy, but the chases and menacing behaviour from the truck driver, who remains mostly unseen, makes it genuinely tense and thrilling.

Have we whet your appetite for action movies? If you want to find out more about what goes into the making of a film, from pitching a movie idea to marketing a screenplay, why not take Edgar Wright’s BBC Maestro course on Filmmaking?

Learn more about the screen