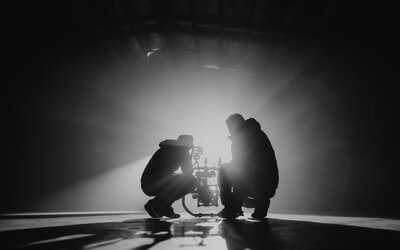 How to write the opening scene for your screenplay

Every film or television series will follow a structure. Screenplay structures vary depending on their genre and length, but each will begin with an opening scene that aims to grip their readers and their viewers the moment it hits the screens.

If you’re a budding screenwriter ready to bring your story to life, read on to learn how to write the opening scene for your screenplay. 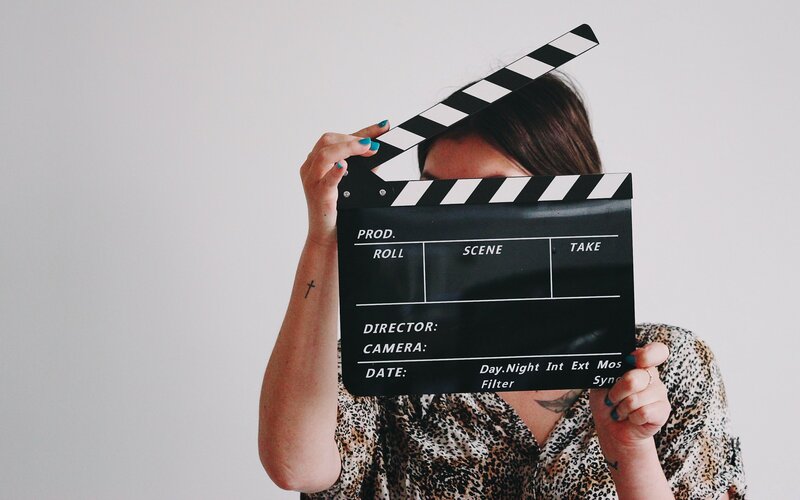 What is an opening scene in a screenplay?

A good opening scene will grab hold of your audience. In an action film, it may begin in the heart of the action – with the protagonist wrapped up in a fight or fleeing from danger. In a drama, horror, or even thriller, you may see the camera pan across an isolated field spotting an empty cabin, whilst news headlines overlay in audio revealing that a local child has gone missing – thus setting the scene and instantly establishing a backstory. Or in a rom-com, you may meet the protagonist walking to work when they bump into a rather attractive person and spill their coffee on them.

Remember: every scene must have a purpose, even the opening scene of your screenplay. As Edgar Wright says in his screenwriting course, "an interesting story has to have events that you cannot go back on... for a scene to exist in the film, it needs to be essential to the whole picture."

Whatever the introduction, the idea of an opening scene is to give enough information to your audience to introduce some of the key themes of the story, without giving too much away. A good screenwriter will be able to strike the right balance in sharing enough information in their opening scene to get their readers invested in the characters they meet or the situations they are shown, so that they want to know more. "You want to write a screenplay where nothing can be easily taken out," says Edgar, "that is the goal.”

“I believe that if film commenced with a good screenplay that there would be a lot more really good films around,” says Alan Moore in his online storytelling course.

The writing process is different for every screenwriter. Some may be more diligent in their approach – following strict timelines for scenes and regimented writing schedules. For others, it can take an entire decade to write a screenplay. Have a think about the timeline you want to work towards. This can be useful to keep you motivated along the way.

It’s also worth thinking about all the things you want your audience to take away with them from the opening scene. What do you want them to know? What feelings do you want to evoke in them? List down your ideas and keep them near as you write.

It may sound counterintutitve, but knowing how your screenplay ends is critical to writing a killer opening scene.

Before you even sit down to write your opening scene, Alan Moore recommends you have your story fully fleshed out. "If you want to write for any medium, know your ending first,” he says.

Some writers are known to begin writing before they’ve even dictated the ending of their screenplay or television series. These writers run the risk of creating a film or series with “shapeless narrative drift” says Alan, which he believes the audience can identify a mile away. So, before you start writing, know how your story evolves from beginning to end.

Get to grips with screenplay linguistics

Notice the technical terminology used throughout. What camera details are they listing? Which phrases do they use to open their scenes? What are the details included? And what impact does including these details have on you as the reader? Asking yourself these questions as you read may spark new ideas for your own screenplay opening. 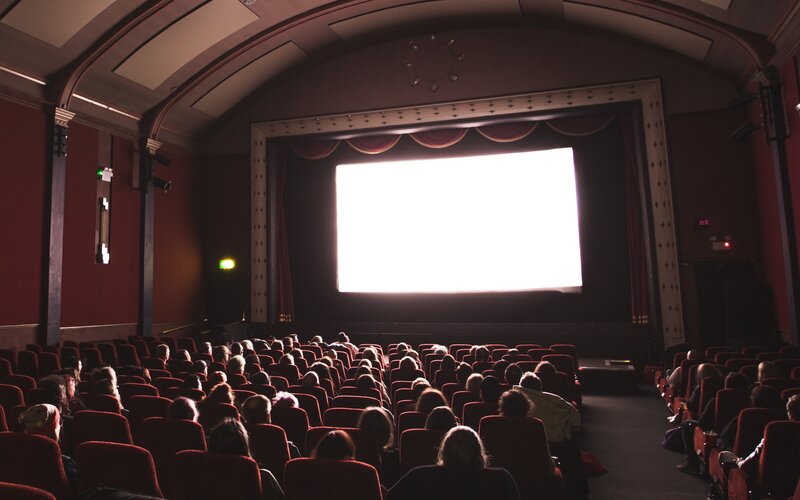 Start by describing the scene where the story begins. Readers need to know where they are and what’s happening in front of them.

“When you’re writing a script, you’re painting a picture of what’s going on,” says Line Of Duty creator Jed Mercurio in his online TV writing course. So, you need to give your reader enough of the information you want them to know without overwhelming them.

Whether your character is in the mundane car park of a grocery store or at the foot of an arctic mountain about to meet an avalanche, establishing your setting well will help your audience feel like they are there alongside your main character.

Try to introduce your setting concisely - detailing any key information that can help build a bigger picture of the environment your character is coming into. Two pieces of information your audience should always know are where the main characters are and what time it is. This helps ground them in the story.

For example, perhaps your opening scene shows your main character going to a supermarket after a long day at work. You could begin your scene with the line:

Julie goes to a supermarket.

Or you could activate the line a little more by flexing your language muscles the writer inside you loves to use.

A white Volvo pulls into an empty corner shop car park. Julie stops on her way home from work to collect groceries for dinner.

The reader can infer more from the second description than the first. The added detail of the time, the day of the week, the choice to go to a convenient shop and the type of car being driven, all help ground our reader in the perspective of our protagonist, establishing an emotional connection from the get-go. Peppering your screenplay with light description where you can, can really help your reader create a more vivid picture of your setting, characters and story as a whole.

Many screenplay openings will contain an event to kickstart the story. Dropping your reader into the heart of the action is a great way to hook them in. Maybe our character Julie parks her car, walks inside the shop and witnesses a gunman robbing the cashier. Or in a more sci-fi-esque twist, maybe the second she gets inside the store a treacherous tornado sweeps through the car park. These are two examples of setting up conflict, which are popular screenwriting tools. The first is known as character vs character conflict and the latter is known as character vs nature conflict.

Events like these are known as inciting incidents and, when used in your opening scene, can really propel your story forward. “It makes the main character want to do something in response to this event,” Jed Mercurio says. In our gunman example, this might be the moment that our gunman realises Julie has seen him and therefore can identify him later. Julie might try to run away from our gunman and escape the scene in her car. But little does she know she’s dropped her wallet...

Jed describes this type of incident as “the single event that opens the story and creates the set-up.” Julie has fled the scene unaware her wallet – containing her addressed ID, credit cards and pictures of her children – is now in the hands of a criminal. 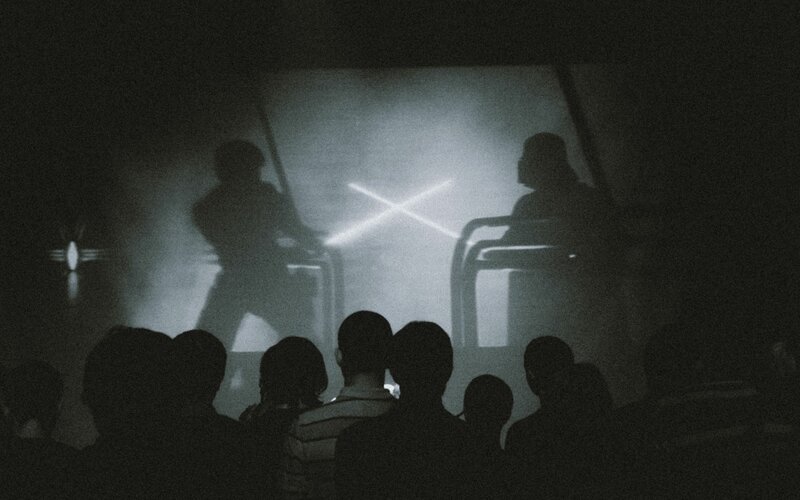 Dialogue is a crucial part of a screenplay. But it’s especially important in our opening scene, as it will be the first time our audience meets a character.

Think about the nature of your main character – their attitude, their experiences, their mood in the opening moment. What do you want your audience to feel about your character? And how can the dialogue evoke this? Is there a certain phrase or expression they always say? Does that have a place in this scene? What are their character-defining traits? When writing, see if you can craft their lines to reveal more about their character and psychology. (Writing a character bio can really help define how a character speaks, download our character bio template for free here.)

Alan Moore reminds writers that readers should be able to identify characters by their dialogue alone, even if they are not on the screen. So, once you’ve nailed it in your opening scene, “keep the dialogue sparkling all the way through,” he says.

If there’s an event that requires tension and suspense in your opening, this is where dialogue can double up as a rhythm-building tool. Building tension and suspense can all be done with dialogue. Using a variety of long and short sentences can help you build pace in your opening scene. Removing punctuation from long, descriptive sentences can remove natural pauses too, building fast-paced, more rapid or frantic moments.

Creating pace with dialogue is a skill that you’ll find is applied in some of your favourite action scenes. Try reflecting on some of the films you’ve seen that have captured your attention by creating tension and a sense of thrill - you may learn a thing or two.

Now it’s over to you. So, whether you’re planning to write a war movie or romantic drama, hopefully you’ve found a starting point. Looking for some guidance and inspiration whilst working on your first cinematic masterpiece? Check out the BBC Maestro filmmaking course, with filmmaker Edgar Wright.

FREE video lesson: How to turn inspiration into great TV