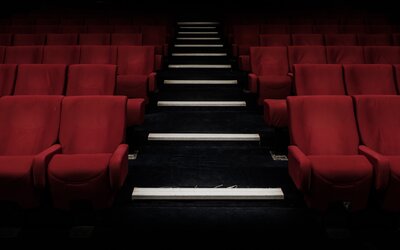 How long should a scene be in a screenplay?

Whether you’re an aspiring TV writer or want to create feature-length films, one key thing you need to get to grips with is how to write a screenplay. And that all starts with getting scene lengths correct, and ensuring they’re structured properly.

So, let’s dive into everything you need to know about how long a scene should be in a screenplay – with a little expert help from filmmaker Edgar Wright and screenwriter Jed Mercurio.

How long is a screenplay?

A screenplay is a document that contains everything that happens in a TV show or feature-length film. It needs to include everything that’s seen and heard on screen, as well as all the information your crew needs to know to shoot the film.

But it’s important to remember that you’re not writing the next War and Peace. Your screenplay shouldn’t be stuffed full of details – you need to strike a delicate balance, writing an exciting, interesting script that people will want to watch on the big or small screen, giving enough information for your cast and crew to know what they need to do, without overloading it with unnecessary details.

As Edgar Wright, director of Baby Driver and Shaun of the Dead, says in his BBC Maestro course on Filmmaking:

“Don’t act as though you’re writing a novel and start to get heavy on the prose. Keep your stage directions light and efficient. Don’t over-describe your settings and characters and actions.”

What is the ideal scene length?

So, what is the perfect scene length for a screenplay? The general rule for screenplays is that one page of script roughly equates to one minute of screen time. So, if you’re writing a feature-length movie, that means your screenplay could be 90 pages to 120 pages long – or even longer if you’re writing an epic like Gone with the Wind (238 minutes), Lawrence of Arabia (227 minutes) or Schindler’s List (195 minutes).

Within that script, there will be multiple scenes – and the length of the scene will depend on what’s happening at that point in the film. A scene can be anything from half a page to ten or more pages long, but on average, a scene will be three pages or less.

That means you don’t have a lot of room to play with. When you’re writing your screenplay, you need to keep reading it back to yourself and stripping away any unnecessary detail. As Edgar Wright explains:

“You should always be asking yourself if every single word and punctuation mark belongs in a script. Sometimes this means you might need to cut down or delete entire sequences in order to make sure the script is as strong as it can possibly be. Don’t leave any fat in your screenplays. If it can be cut, cut it.”

Is the screenplay structure different for TV shows and feature length movies?

Whether you’re writing for a TV series or a film, there is little difference in how the screenplay is actually laid out on the page. The main difference between the two mediums is how the action unfolds.

When you’re writing a film, you generally have between 90 and 120 minutes to tell your story. Most films use a three act structure, in which your main character finds themselves with a problem or conflict, they work through it which is when the main thrust of the action happens, before either succumbing to the problem or triumphing over it as the movie concludes.

With a TV show, you have multiple episodes to work through your story acts. There may be smaller stories that are presented and resolved within the course of a single episode, but your characters and main storylines will continue throughout the whole season, whether you have 6, 10, 12 or 24 episodes to work with.

When writing for TV, it’s important to remember that you may need to structure the action within each episode around commercial breaks. In the UK, there are usually four ad breaks within an hour-long episode, while in the US there are five or six. If you’re writing for the BBC or a streaming service like Netflix, there are no ad breaks to consider – but you may still want to write as though there are and chunk your screenplay into ten-minute sections.

This is what Jed Mercurio, writer of Line of Duty and Bodyguard, does, “to give myself an understanding of how the story is going to flow”. He says:

“This feels like a manageable period of time to tell a bit of the story and be able to evaluate how interesting it is. If nothing happens in 10 minutes, then I know I have a problem. I know I have to find something to put in there, possibly change the order of events.”

However, he emphasises that just because this works for him doesn’t mean that it works for every TV writer. There are lots of different ways you can structure screenplays for TV, but he says there are three points that everyone agrees on: “You have to set up the story and the characters. You have to create complications, crisis, and conflicts. You have to move towards a climax or resolution.”

From TV dramas to soap operas, every genre of television will tell a story in a unique way. So as long as you’re achieving all these things, you can structure your show however you like.

What is the correct screenplay format?

For TV and film alike, there are some key things that your screenplay needs to include:

As well as these key components of the script, there are also some general formatting guidelines to adhere to.

To ensure all scripts follow the one minute per page rule, the Courier font in size 12 is generally used. This ensures that there’s no discrepancy between scripts, and it’s easy to see at a glance how long each scene will run for.

Whether you’ve got a great idea for a TV pilot, or have the makings of a jaw-dropping action scene in your mind, now you know how long a scene should be, and how to structure your screenplay, it’s time to go ahead and get writing!

Learn more about Film and TV