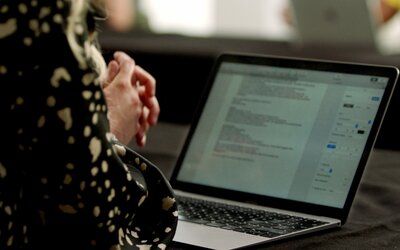 How To Write A TV Pilot

Television today is hungry for new writers. We all love to see new shows hit our screens – whether it’s a twist-filled drama, quirky comedy or a heart-racing thriller.

If you’re looking to make the leap into writing for television then this article will equip you with all the tools to write your very own TV pilot outline. Get ready to get your voice, and vision, out into the world.

What is a TV pilot?

Every TV show needs a pilot episode. A pilot is the first episode of your series. The pilot episode is the most important of your series because it’s your one shot to bring your vision to life. When writing your TV pilot you must try to pique the interests of viewers and leave them desperate for more.

Screenwriters will write their pilot script and then pitch it to television broadcasters or production companies, in hope that they will love it, strike a deal, and produce the rest of the series. A pilot episode sets the premise for your show or series, and introduces the storyline, your characters and the setting.

A good pilot episode is particularly exciting for production companies and broadcasters because they are constantly on the lookout for new stories and talent to bring to the screens. 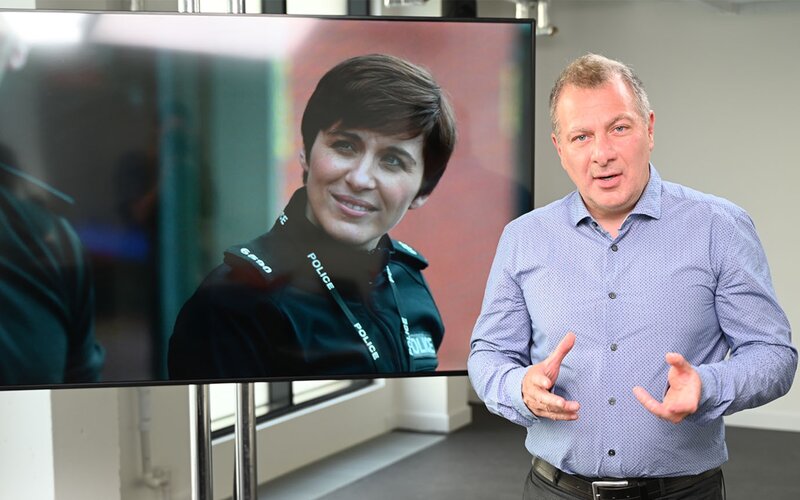 How to write a TV pilot script

If you are packed with passion and looking to start, you might feel tempted to pick up a pen or hit the keyboard and immediately begin writing. It is best to set up some structure to your concept first, so hold fire on diving in just yet. Sometimes those ideas whirling around in your head need a bit of structure applied to them before you race to get them on a page.

It’s important to write an outline for your pilot episode before you start writing it. An outline is often around 8-10 pages long and should fill and cover an hour-long episode.

As you’re writing, there are three things to keep at the forefront of your mind:

To create your script you will need to consider the shape your pilot will take. It may be a concept pilot, a premise pilot, or a hybrid pilot.

A concept pilot is where you introduce the characters and settings as if they pre-existed. This type of pilot introduces viewers to characters, their relationships with one another, and some of their goals, at the same time. Line of Duty writer, Jed Mercurio, points out in his course, that Star Trek is the perfect example of this – where the viewer is plunged straight into a pre-existing world.

The premise-shaped pilot may introduce the events and characters as if they have never encountered each other before this moment. You may have a group of disparate characters, who have never crossed paths, and they all become connected by an event. The episode will introduce a setting, characters and an unexpected twist that will propel the story in a direction. The pilot for the show Lost is a great example of this. In the first episode, viewers are introduced to the survivors of Oceanic Flight 815, who are collectively part of a plane crash and end up on an island together. Premise pilots tend to work best for serial/mini-series shows (one storyline over a specific number of episodes).

The hybrid pilot is a combination of the concept pilot and premise pilot. This is where much of the world you’ve built pre-exists, but a new element is introduced. Think about the first episode of Line of Duty, where we meet police officer DS Steve Arnot who is transferred to the anti-corruption police unit. The unit, its leader Ted Hastings, and the characters that work in this unit, all existed before DS Arnott arrives. Viewers begin to learn about the characters, their relationships, and the work environment through the lens of DS Arnott’s experience. DS Arnott’s arrival pulls the story in a new direction. 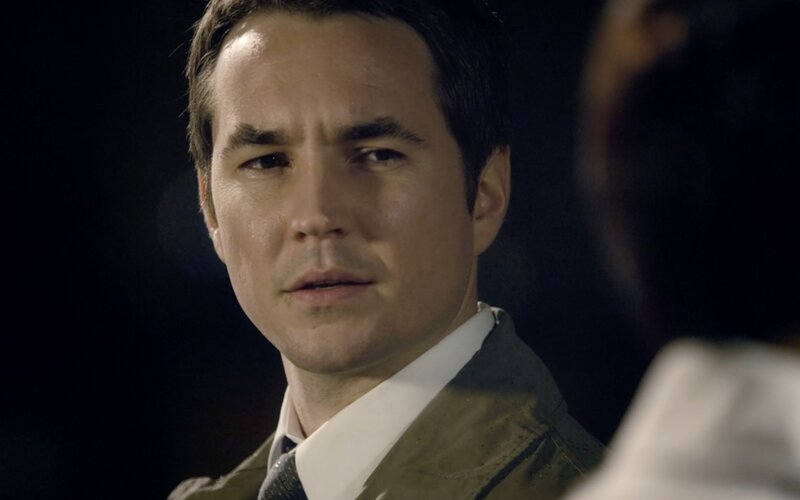 Bear in mind that your structure needs to work for you, but also for the requirements of the broadcaster producing your story. If your TV pilot is created for commercial television, you should consider ad breaks - in particular, the duration and frequency of these used by your chosen broadcaster. This will impact how many acts you will need in your story, so your original script may need some extra crafting. Take note of your contract too. In some cases, your contract will highlight broadcasting regulations that specify how long your acts can be. So it is well worth reading your contract (if you have one) thoroughly before...

If you’re writing for a US broadcaster, you may need to structure your outline into five or six acts around ad breaks. Some broadcasters (or networks) require you to follow a standard format. It may require you to write a teaser, the opening titles, a first act, and so on.

In the UK, broadcasters tend to follow the rule of four ad breaks for an hour-long episode. So it’s likely your outline will be structured into four acts.

If you are writing for a streaming service or a national broadcaster like the BBC, where ad breaks don’t exist, there is not usually a contractual requirement for act structures. However, it’s useful to still create them, so you can dictate how the story will flow. In these instances where no ads are required, Jed Mercurio chooses to break his episodes up into 10-minute segments. This, “just allows me to keep track of how much story there is in each ten minutes,” he explains. 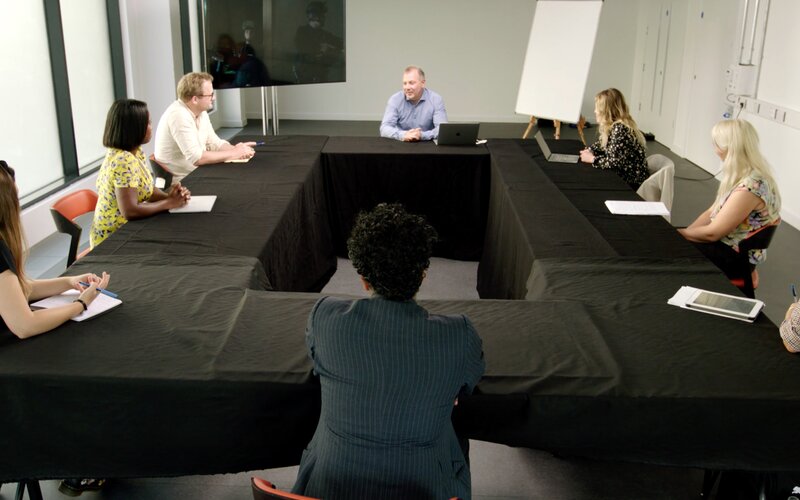 It's good to get feedback on your outline as early as possible. Try to seek out professional individuals to read your outline and give you constructive feedback. You may need to do a bit of networking here. Getting a professional opinion can be really valuable.

Discussing your outline with someone who knows television can help you identify upcoming problems early. They may identify some major plot holes in the story already or could highlight what is particularly captivating – whether that be a character’s development or the scene’s setting. If the person finds anything in the story unclear, it’s most likely your audience will too. So be ready to accept that you may need to rethink your outline.

“You are constantly attempting to optimise the characters and the story and the setting to showcase what this series promises,” says Jed Mercurio. Remember that any feedback is useful feedback.

If at this stage your confidant is confident in your story outline, and there are only a few minor tweaks to make, you are in a good place to start writing your script. Be sure to keep the feedback in the back of your mind. Even if you initially disagree with their suggestions, you may find yourself agreeing later down the line. At this stage no one knows your characters, the setting or the story better than you. So start building your outline - adding in those juicy details and bringing the story to life.

Your pilot episode is your one chance at persuading a production company or broadcaster to invest in your vision. You shouldn’t hold back in making it as brilliant as it can be. As Jed Mercurio says, “do not leave anything on the field, give everything to the script”. Ensure that you have done all you can to maximise its likeability. A great pilot will showcase the potential of your series. It’ll highlight your fantastic writing, and will leave viewers feeling excited and hungry to see more.

“Once you’ve got the first episode under your belt, you can worry about the next one,” says Mercurio. If you’re finding that the content in episodes two and three is more exciting than the pilot, you should consider re-ordering your ideas so that you showcase the best ones in your pilot. There is no point producing an average pilot and getting rejected. Your vision will have died before it has even had a chance to take off. Make sure you are putting your best content in the limelight.

Crafting the perfect pilot episode requires commitment, integrity, and trust in your vision. It can be a challenge but the best ideas always are. So say goodbye to writer's block and pick up that pen or open up your laptop, get brainstorming and start writing. Want to learn from the best? Check out Jed Mercurio’s screenplay writing course which covers writing a TV pilot and much more.

Want to learn more about writing for TV?

Join Jed Mercurio as he shares his experience of writing drama for television. You’ll learn how to craft a television series from scratch, from the mind behind Line of Duty, Trigger Point, Bodyguard, and Cardiac Arrest. Create your favourite characters, concoct the perfect twists and open up new worlds all from the comfort of your own home with Jed.