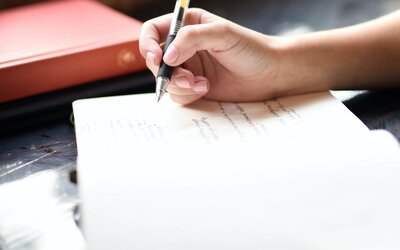 How to create a character for a story

When we think of books we love, it’s often the characters that remain with us for years after we turn the final page.

As an author, one of the most important things you need to get to grips with is how to create a character for a story. Whether you’re writing a short story or a novel, learn how to make the characters in your story really stand out.

What is character development?

In any story, it’s important that your characters have depth and complexity so that they feel like real people to readers. Character development is one way of building a character that feels lifelike to your readers. It’s the process, within a story, of how a character changes and develops over the course of the action, in what is called a character arc. This is when a character starts out with a particular set of behaviours or beliefs and slowly, over the course of the story, changes in response to different events within the story.

Character development can also refer more generally to the process a writer goes through to build a character that people can really relate to. This is sometimes also known as characterisation, and it’s what we’ll focus on here.

What makes a character memorable and compelling?

To build a character that is engaging and compels readers to keep turning the pages of your book, they need to be three-dimensional. That means you’re going to need to do some work to flesh out their back story and provide them with personality traits that speak to your audience.

It’s worth the effort, though. As Lee Child, author of the Jack Reacher series of novels, says in his BBC Maestro course on Writing Popular Fiction, character is the central driving force in any story. He states:

“So how important is character in series fiction? I would go so far as to say that by comparison, nothing else really matters. You could have the most ingenious plot ever written, but nobody will ever know unless your characters are compelling, because readers will have given up on your book before they even get to that amazing twist you invented.”

Even in plot-driven stories, character is still one of the key elements. But what makes a compelling character? It’s easy to say ‘make them three-dimensional’, but what does that actually mean?

It’s all about creating a character that feels like a real person, with relatable personality traits, strengths and weaknesses, likes and dislikes, and a backstory. As an author, you should know your characters – both main characters and secondary characters – inside out. You might not be able to fit all that information into the story, but simply knowing these details about your characters should help to bring them to life on the page.

As Malorie Blackman, author of Noughts and Crosses, says in her BBC Maestro course on Writing for Young Adults, “it’s vital that your characters are not only relatable, but also believable”. She goes on to say:

“When you get characterisation right, you’ll find that your characters become real people to you. I feel like I’ve done my job if I feel it when something bad happens to them. When I was writing the end of Noughts & Crosses, I had become so attached to Callum, that I had a tear in my eye when I was writing his tragic end.”

Making your characters feel real to you doesn’t mean that you need to start completely from scratch, though. Some writers like to work with character archetypes. These are common characters such as the hero, the lover or the rebel, which feel immediately familiar to readers. That means that readers already relate to them on some level, so you have a starting point from which to build out their specific personality traits. 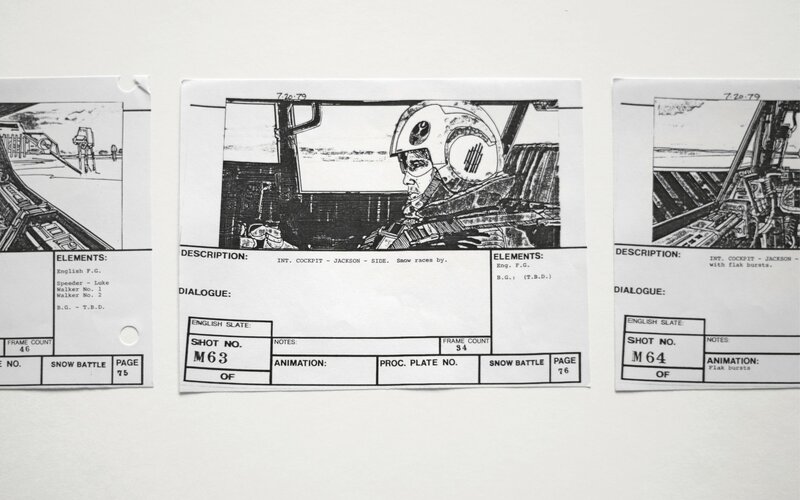 How to create three-dimensional characters

Whether you’re basing your character on an existing archetype, or are building a character from scratch, here are some tips and tricks to help you develop stronger characters that readers will relate to.

Write a biography for your characters

A character bio sets out everything you need to know about your characters, including their personality traits, physical appearance, life experiences and hopes and dreams. This is the first thing Malorie Blackman does when she begins working on character development. She suggests that your biography should be around 2-3 pages long, and should include:

“The physical, the mental and the emotional. Not just how they look but how they feel about how they look, how they behave with different people, their hobbies, likes and dislikes, best and worst qualities – according to both themselves and those around them.”

You can use our character bio template to get to know your character better, including questions to answer. You don’t need to answer all the questions, but the more the better. Malorie Blackman tries to answer at least half of them for each character she writes. She says:

“I might not reveal the answers to every question in my story, but I try to know the answers to a fair proportion of them. As the author, I should know how the character reacts and presents themselves in any given situation.”

Get into your character’s mind

Knowing your character’s backstory is one thing – but do you know what they think, and how they would act in any given situation? Alan Moore, author of comics including Watchmen, borrows techniques from method acting to understand his characters better. In his BBC Maestro course on Storytelling, he says:

“You don’t have to go full method and start living as your characters, but it’s not a bad idea to position yourself in front of a mirror and think about how the character feels and looks, physically. Try and inhabit them.”

Malorie Blackman’s method, on the other hand, is to think about if there are any objects her characters are particularly attached to, and what type of music they like to listen to. She creates playlists for her characters, which she finds helps her to think the way they do. When writing her novel, Double Cross, she created a playlist for the character of Tobey to try to understand how he felt when seeking revenge for the shooting of his girlfriend. She says:

“I wanted to create a playlist that reflected his personality. Not just a playlist for the character but something the character might create for themselves. Every time I sat down to write one of his chapters, I would have the playlist playing in the background, so I instantly got into his head and his mindset.”

Think about your character’s contradictions

One of the best ways of making your character three-dimensional is to consider both their good and bad points. After all, we all have positive and negative aspects to our personalities, and it’s this which makes us human. If you write a character that is all good or all bad, you run the risk of creating flat characters that feel more like tropes than real people.

This is true even when you’re writing heroes and villains. Alan Moore argues that, for your good characters to have any resonance, your villains must also have the same – it’s important to create sympathetic villains because “otherwise, they can end up as completely predictable travesties”. This is something he had to contend with when writing V for Vendetta. He explains:

“When writing V for Vendetta, I considered how to portray the fascist secret state without reducing them to two-dimensional cartoons. I thought they would be perfectly ordinary people – bakers, street cleaners, cobblers and teachers – who had a very bad national experience. Some might be trying to do their best in a horrible regime, some going along with it because they’re frightened, while others might be actively enjoying the feeling of power.”

To make her characters three-dimensional, Malorie Blackman does a ‘contradictory adjective exercise’. This is “where you come up with three adjectives to describe your character – two positive and one negative, e.g., honest, courageous and miserly, for example”.

You can then dig deeper into each of these words to get to the essence of who your character is, and you’ll end up creating well-rounded characters with both good and bad parts to their personality.

We’re all affected by our setting, whether the setting we’ve grown up in, or the one we’re currently living in. Malorie Blackman advises that you “bear in mind that setting is not just bricks and mortar but also the physical or social environment that your characters find themselves in”.

Think about what the environment can have an impact on, such as your characters’ aspirations and goals, the decisions they make, and the way they act.

Setting can have an impact on character’s personality traits and development, as well as their worldview. Considering how each character would act, given the world they live in, will help to ensure their decisions and actions feel natural and they don’t do anything jarring that might have an impact on their believability.

Let your characters write their own story

Sometimes, when you’re writing a story, you’ll come to the point when you realise that a particular plot point you had planned is at odds with what your characters would do. That’s because you now know your characters much better than when you originally came up with the story idea.

Alan Moore advises leaning into this and trusting your characters to lead the story. He says:

It might be a strange experience but trusting your characters to tell their own story might just lead you in weird and wonderful directions that you’d never considered before!

Whether you’re writing a novel or a short story, a gripping thriller or a beautiful love story, the key to creating compelling characters is getting to know them inside out. Spend some time writing character bios and getting inside your characters’ heads, and you’re more likely to write memorable characters that will leap off the page and into your readers’ hearts and memories.

Want to find out more about writing stories? Learn tips and tricks from some of the best writers in the world, including Malorie Blackman, Lee Child and Alan Moore in their BBC Maestro courses.