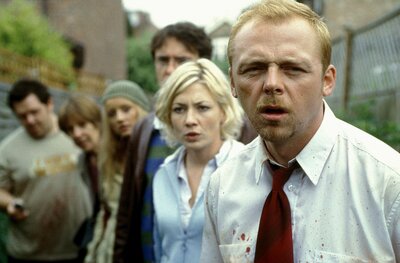 What are character archetypes?

If you’re an avid reader, you’ll be aware that there are certain types of characters used by writers repeatedly, whether it’s the romantic lead or the hero who always saves the day. These are known as character archetypes, and as an aspiring writer, it’s important to get to know them.

So, let’s look at the most common character archetypes, and why it’s a clever idea for you to get to grips with them in your own writing.

What is a character archetype?

Archetypes are common characters, each of which has a particular set of qualities. Because they feel so familiar, their presence helps readers to relate to them, and understand the events in the story – without feeling too predictable.

Character archetypes are one of the tools authors can use to fill their stories with diverse characters who feel both believable and relatable. That’s because we can recognise these characters easily – not only from other works of fiction, but also from real life.

As Lee Child explains in his BBC Maestro course, Writing Popular Fiction, character archetypes in stories were first developed as a response to what readers wanted:

“All that development has come from audience demand. The storytellers sensed what was working and what was lacking, and they filled in the lacks and preserved what worked. Clearly, we need to take such archetypal characters seriously. They are the product of hundreds of years of answering the audience’s need. Not just one person’s whim, but the persistent need of thousands and thousands. In Jungian terms, they are the product of the collective unconscious.”

Using character archetypes doesn’t mean that a writer is using stock characters. Rather, it can help them to delve deeper into a character’s personality traits.

What are the 12 character archetypes?

Lee Child mentioned Jung – that is, Carl Jung, the founder of analytical psychoanalysis. It is from Jung’s work that the twelve most common character archetypes can be found.

Jung, in his theory of human psyche, identified twelve common archetypes that reside within our collective unconscious. That means that these are the twelve personality types that represent the full range of basic human motivations – and they’re so familiar because each archetype has been shaped by history and culture and by the collective experience.

They’re useful as a tool for writers because humans use symbolism to make sense of complex concepts. And because we’re so familiar with these character archetypes, from our own lived experiences and our shared cultural understanding, it makes it easy for readers to recognise truth in them, making them more relatable.

So, what are the twelve Jungian archetypes? Some will be very familiar to you, while you may not have come across others as often. But all are useful as character templates for you, as a writer, to have in your literary toolkit. 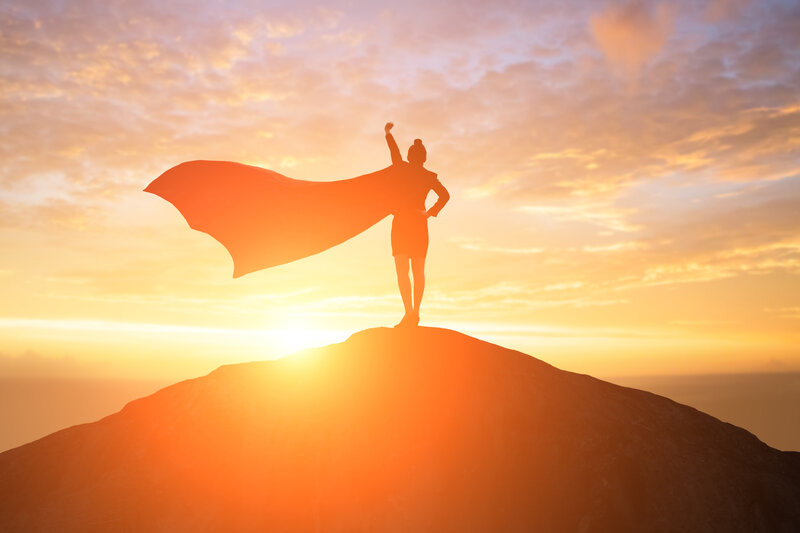 The Hero is one of the archetypes that you’re likely to be most familiar with. They are brave and instinctively want to help others, but they can often be solitary characters and their determination to do things on their own may be perceived as arrogance. A natural leader, the Hero inspires others around them to do better. Within a story, the Hero will rise to solve a challenge, usually encountering obstacles along the way.

One of the most famous literary examples of the Hero is Robin Hood. Another more modern example is Jack Reacher from Lee Child’s series of novels about the former US Army Major turned private investigator. Child describes him as “an archetypal character: the mysterious stranger, the knight-errant, always ready to come to the aid of others before then continuing on his lonely way.”

The lover, as you might expect, cares about love and deep connections more than anything else. That doesn’t necessarily have to be romantic love though - it could also be familial love, or love for friends. The Lover is passionate and loyal, and they can often be impulsive, as they’re led by their heart rather than their head. This can also lead to them making great sacrifices in their pursuit of true love. The most famous example of the Lover in literature is Romeo, who made the ultimate sacrifice for love.

Rulers are natural-born leaders. They have power over others – and this can be power in any form, from legal or regal to emotional. Their status helps them to achieve whatever they set out to do, and they often have plenty of resources to help them along the way. But their status can often be their downfall, too, as it can mean they’re disliked by others. King Lear is a good literary example of the Ruler archetype.

The Wizard, sometimes known as the Magician, is a powerful character. They usually have a great deal of power and influence over those in their community and beyond and are often blessed with the power of omniscience – a state of all-knowingness. They are often a good character but can sometimes be a villainous character, as their power and knowledge can be corrupted. Gandalf from The Lord of the Rings is an example of a good Wizard character, while Darth Vader from Star Wars shows how such power can turn a Wizard archetype bad. 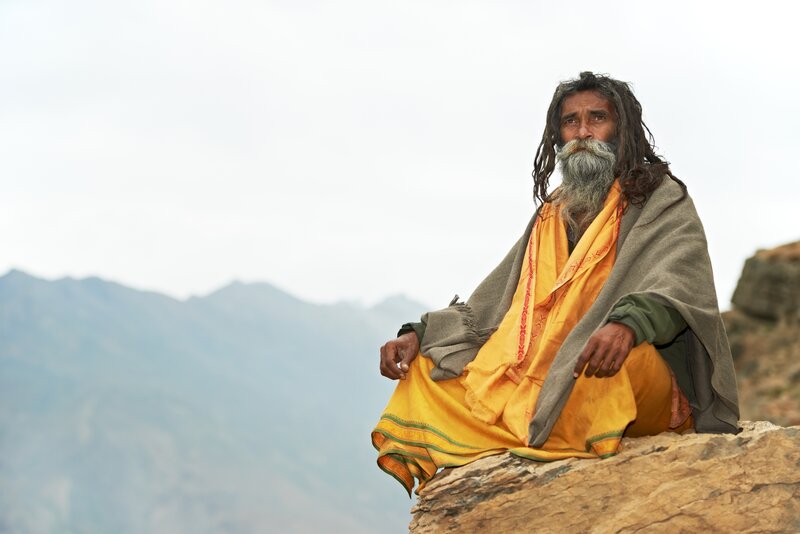 The Sage is a wise character with profound knowledge to impart to those who seek is. They are always working on improving their knowledge and are happy to share their wisdom with others – but they can often sit back from the action and are hesitant to get involved themselves. The mentor or mother figure common in novels (and films) is based on this Jungian archetype, with Dumbledore from Harry Potter and Yoda from Star Wars being two good examples of the archetype in practice.

As the name suggests, the Innocent is a good character, with pure intentions. They may be a child, or have led a sheltered life, which means that they see the best in others, and aren’t aware of, or affected by, tragedy and hardship. They’re compassionate and see the best in every situation, but that means they’re also very naïve, and they may encounter difficulties due to their lack of understanding of the world around them. Tiny Tim from A Christmas Carol and Lennie Small from Of Mice and Men are both classic examples of the Innocent character type.

The Rebel, sometimes called the Outlaw, doesn’t live by the rules of society. They are independent and solitary, usually dissatisfied by the way the world is – but rather than sitting back and letting it happen, they will do something about it. They think that rules are made to be broken and often in their quest to change things, the Rebel will turn to criminal activities, but they justify their crimes as being for the greater good. Robin Hood is often considered to be a Hero archetype, but he also falls into the Rebel category. Another Rebel character is V from Alan Moore’s V for Vendetta, an anarchist revolutionary who sets out to bring down the fascist state he lives in and persuade people to turn to anarchy.

The Everyman is one of the most relatable character archetypes in that they could be literally anyone. They have no special powers, and they’re just a regular down-to-earth person. They’re well-liked but can sometimes be overlooked, simply because they are so normal – however, sometimes their circumstances will dictate that they must act heroically. Bilbo Baggins from The Lord of the Rings is a classic Everyman, a character who is completely unremarkable, yet achieves remarkable things.

The Explorer is curious about the world, always striving to see and do more. They’re independent, self-motivated and courageous – but on the flip side, they can be unreliable and never satisfied with where they are or what they’re doing. Others may not trust them due to their flighty nature, and they might find it hard to fit in with others. Indiana Jones is perhaps the ultimate Explorer archetype, while Sherlock Holmes is a good literary example of someone who is never satisfied and doesn’t quite fit in.

The Jester provides comic relief. They’re the life and soul of the party, get along with everyone, and want people to have a good time – but they’re not just a light-hearted character. Their outspokenness means they can also bring life to important truths which other people may be too reserved to voice. However, they can also come across as superficial at times, usually because they’re unwilling to reveal their true self and tend to keep things surface-level. Bottom from A Midsummer Night's Dream is a classic example of the Jester, who literally becomes a donkey in the second half of the play. The Fool in King Lear is another example of a Jester character – he is loyal to the king, and because of this unwavering commitment, he’s also able to point out the king’s flaws like no one else.

The Caregiver is an empath, drawn to look after people. They’re also sometimes known as the Mother character, although they can be any age or gender. The Caregiver is selfless and loyal, and will often make sacrifices, putting the needs of others before themselves. This, however, can mean that they lack any ambition of their own, and they can be easy to take advantage of. In literature, Miss Honey from Roald Dahl’s Matilda is an example of the Caregiver, as is Beth March from Little Women. 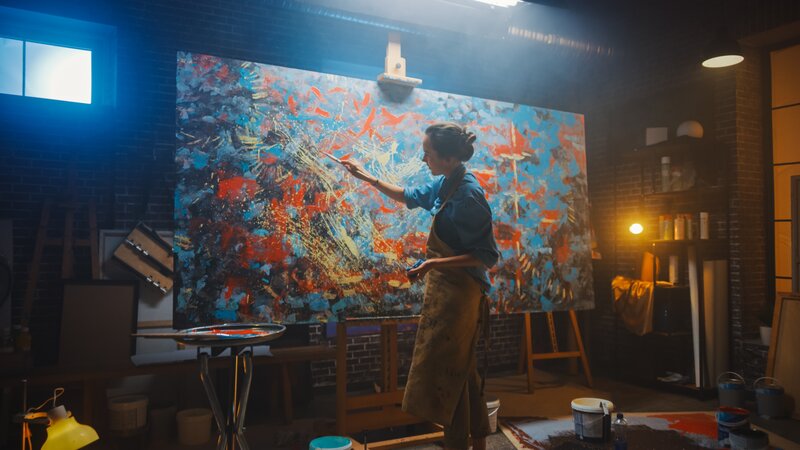 The Creator, also known as the Artist, is a lesser-known character archetype. They thrive on creating things, and may be highly artistic, delighting in art, music, or writing, or they may be an inventor who is always looking for new ways of doing things. The Creator tends to be highly perceptive, seeing things that other characters do not, but this means that they can also be self-involved and single-minded. Because they’re so full of creativity, they may lack in other practical skills. Dr Victor Frankenstein from Mary Shelley’s Frankenstein is a Creator, as is Jo March from Little Women, with her passion for writing.

Do you need to use character archetypes?

Now you know the character archetypes, the next question is: do you need to use them? Lee Child, in his BBC Maestro course, argues that archetypes are a useful tool for writers to create compelling characters. When speaking about the hero character, he says:

“The hero figure does not belong to you. The hero is the collective product of human experience and human endeavour. Your character will always be a version of something that already exists. But as with plot, this is good news. You don’t have to reinvent the wheel. There are universal archetypes to adapt and there is a universal tradition to draw on, and the reader will be gratified by the combination of familiarity and freshness, recognition, and surprise, by what is the same and by what is different.”

He suggests that, because readers recognise these archetypes, all the groundwork has already been done. You can bring in those elements into your own work, refining the personality and specific traits of your character without doing anything drastically different.

On the other hand, some writers advocate for breaking all the rules. Alan Moore, one of the world’s best known comic book writers, is unconventional when it comes to his writing. He suggests giving the pen to your characters and letting them write themselves, rather than sticking to any set rules around what you think they should say or do. He says:

However you want to approach your writing, it’s a good idea to have a strong understanding of character archetypes along with other literary techniques, from epistrophe to writing dialogue. Once you’ve mastered the basics, you’re free to stick to the rule book or throw it away.