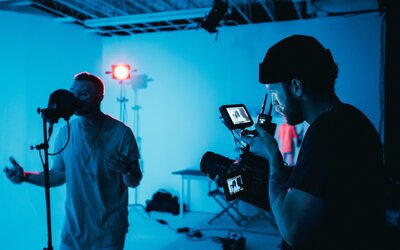 The ultimate guide to film funding

You’ve had a great idea for a film, or you’ve started writing an amazing opening scene. Great! But unfortunately, one of the most difficult parts about getting an independent film out there is getting funding.

It’s a key part of any film project, as you’ll need money to pay for every step of your filmmaking process, from paying your actors and collaborators to marketing your movie. Luckily, there are plenty of film funds out there to help your project get off the ground – so here’s everything you need to know about how to get funding for an independent film.

How are films financed?

There are a variety of different options when it comes to financing the production of a film – and the route you go down will depend on your circumstances, the stage you’re at in your career, and your connections. Often independent filmmakers will use a combination of different funding sources. The three main ways of getting a film funded are:

When it comes to equity financing, you’re essentially selling a stake of ownership in your film to investors, who are hoping to make their money back when your independent film becomes the next big award winner. Equity money can come from a range of different places, such as private investors, family friends, and local businesses. You can also crowdsource money for a film, offering investors an incentive to invest in your film. Equity financing is usually done to raise the initial capital (the first 30% or so of your budget) to get the film made.

Debt financing is then necessary to raise the rest of the capital. This is a loan, which can come from either a bank or private investors. You’ll pay back the loan with added interest over time.

As an independent filmmaker just starting out, you may need to invest your own money into producing your film. That’s why it’s so important to practise, practise, practise and get lots of different examples of your work on film to share with potential investors and funding organisations. As Edgar Wright says in his BBC Maestro course on filmmaking:

“One of the many ways you can go about honing your skills in the lead-up to getting your feature film made is by making short films. It’s so rare that a first-time filmmaker with no credentials gets a feature made through funding other than their own. So, an important step to getting past this issue is making sure you have work to show as proof of your talent behind the camera.”

He goes on to say: “Just like when you’re teaching yourself a musical instrument, it always helps to start small with learning chords and simple tunes before you begin to tackle a larger and more difficult piece of music. Apply the same methodology to film. By starting with short films, you’ll build your confidence up while also developing your skills through the process.”

So, once you’ve got that experience, and have some films you can showcase, how to get funding for a movie?

In the UK, there are multiple sources of public funding, for both project development and production support. These include:

How much funding can you get?

The amount of funding available varies from fund to fund. BFI short film funding, for example, welcomes applications for grants of up to £15,000, while the Yorkshire Content Fund gives grants of between £10,000 to £500,000. 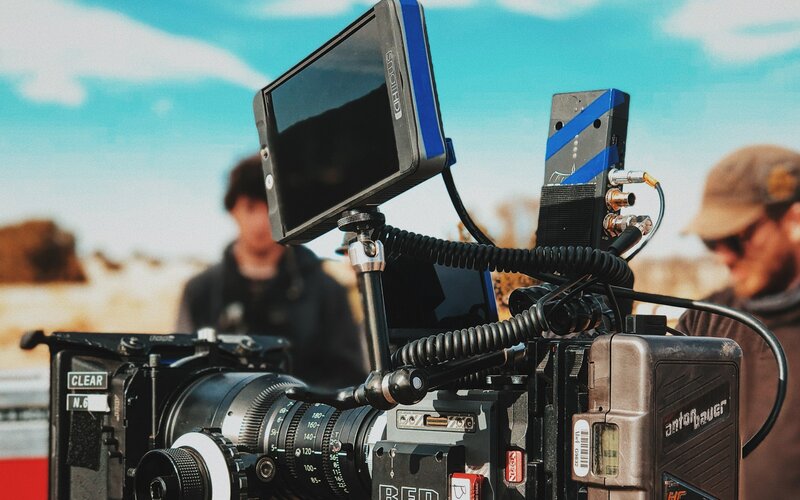 What can you use film funding for?

Again, this will depend on which funding body you use, and each fund will specify what you can and cannot use their funding for. The BFI Development Fund, for example, states in the application form what the money can be used for, including:

You should make sure to do research into the different film funds that are open to you, to find out whether you’re eligible to apply and what you can use the funding for. In general, film grants can be used for the development, production or distribution of a movie.

How to increase your chances of securing film funding

You’ll need funding to push your project forward at almost every stage, so the earlier you apply for funding, the better. Some funds are open to applications year-round while others have closing dates, so it’s important to keep an eye out for these so you don’t miss out on any funding opportunities. As well as ensuring you keep on top of the funding opportunities, there are some other ways you can ensure you secure funding. 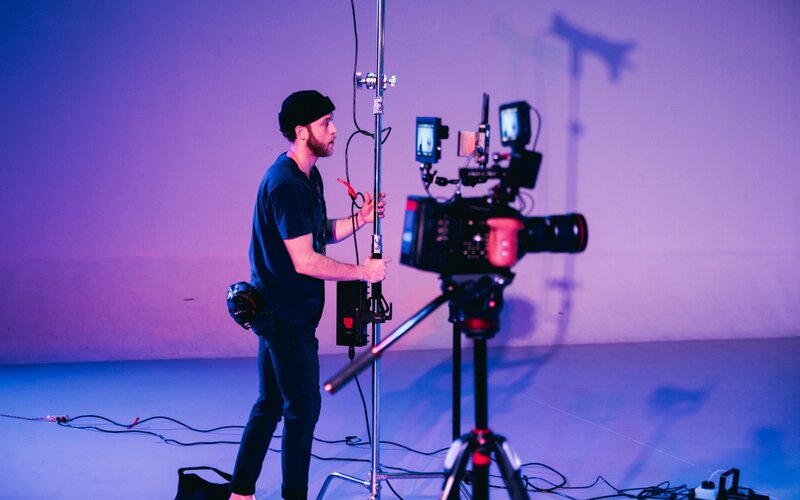 Get experience and build a network

As already mentioned by Edgar Wright, one of the main things you need to do in order to secure funding is to gain experience and have something to showcase with short films under your name.

He has another tip for getting a film made: networking and building a community. He notes: “One of the key ways of getting a film made is by finding a producer who wants to support you. But it’s not as easy as just handing your script to a producer and asking them to fund it. You need to build relationships over time. And sometimes the best relationships happen organically.”

He goes on to add:

“When you’re searching for cast and crew for low-budget projects, I always found it was best to hire other people in whatever town or city you’re in that are hungry to be on set. And of course, it doesn’t hurt to find talented people as well. But seek out others who are also just starting out and trying to learn more about the world of filmmaking like you.”

When you apply for funding, you’ll need to detail how, when and why you’ll use the money, so it’s important to have a detailed budget. And once you secure the money and get on set, it’s crucial that you keep the purse strings tight, especially when you’re starting out. This is something Edgar Wright has experience of:

“When you’re making a low-budget film you might need your crew to sleep on floors and live off of croissants for breakfast and cheap pizza for lunch. Low-budget filmmaking at every level is tricky. But all filmmakers have to start somewhere.”

It’s not just new filmmakers that need to think about budgeting, though. If you can keep on top of your budget when you’re new to the industry, it’ll help you to develop good habits for when you start making bigger films, too. Edgar Wright notes:

“Even when I was making Shaun of the Dead, which was funded by a proper production company, we had to deal with budget issues that made me change the way I would film a few scenes. Sometimes I had to show more restraint in areas where I wanted to shoot more coverage and have multiple camera angles to cut together. Again, it’s important to be realistic with the budget you have and work within the limits set upon you. Don’t be so ambitious that you risk losing the ability to complete the film.”

Securing funding for your film can be a long and difficult process, but it’ll all be worth it when you manage to get your movie out into the world. As Edgar Wright says:

“Whether you can fund a film on your own or are able to get family or close acquaintances you know to donate to help, or set up campaigns on Kickstarter and Indiegogo, it’s all part of the difficult but worthwhile process of getting to your final goal.”

Ready to start putting your ideas into action and making a film of your own? Learn more nuggets of wisdom from Edgar Wright in his BBC Maestro Filmmaking course.