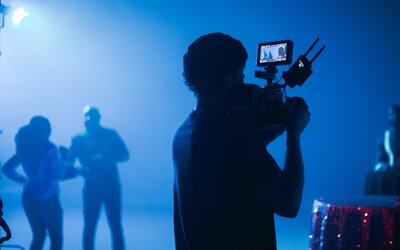 If you’re an aspiring filmmaker, it’s important to know the ins and outs of the industry. But with so much terminology, it can be difficult to keep on top of everything.

Let’s look at two of the most important aspects of filmmaking: videography and cinematography. They both relate to the capturing of footage, but they’re not the same thing. So, what are the key differences between the two? Let’s dive in.

The term ‘cinematography’ is taken from the Greek for ‘writing with movement’, which describes the act of storytelling through film.

It’s one of the most important aspects of filmmaking. As director Edgar Wright says in his BBC Maestro filmmaking course, “So much of great filmmaking relies on the quality of the cinematography. But when I was working in television comedy, I felt as though there was a clear sentiment that the medium was all about performance and not about the visuals. And I found this to be quite unfortunate because some of my favourite movies that inspired me as a comedy filmmaker merged performances in such an incredible way.” 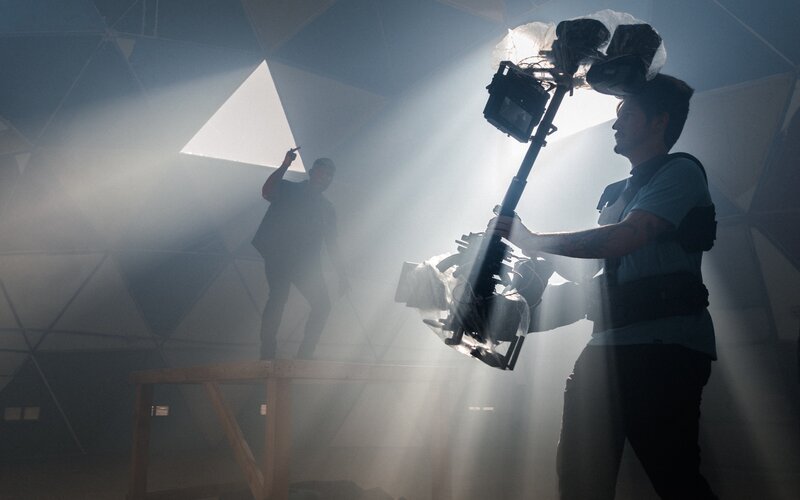 What does cinematography do?

Cinematographers have responsibility for all the on-screen technical and artistic decisions when it comes to lighting and cameras. Cinematographers are also often known as the Director of Photography, and they’re responsible for everything to do with the filming and framing of every shot in a film.

That includes the colour, lighting and look of each shot, so it’s important that cinematographers and directors work very closely together, to bring the director’s vision alive. The cinematographer must carefully consider every element to capture the mood and feel of each scene, aligning with the messaging that the director has in mind.

Some of the responsibilities of a cinematographer include:

What are the elements of cinematography?

Cinematographers are involved in the filmmaking process from start to finish. They’ll help to determine the film’s visual style, choosing what approaches will be used to tell the story – and even whether the camera is used simply as a tool for capturing the footage, or as a device to drive the story forward.

Edgar Wright is a director with a strong vision, and he works with his cinematographers to ensure that they use the camera as another character within the film or TV show. He says: “When I talk about the camera being like another character within a show or film, what I’m getting at is the idea of using the camera as a narrative device within the story. Filming in such a way that you notice the presence of the camera and what it is doing within a scene. For me, this is simply the way in which I like to make my films. But it’s certainly not for everyone, nor should it be.”

They’ll also set up the camera for every shot, deciding what type of camera to use, which lenses to opt for, the camera angles that work best for each shot, and what camera techniques (like the 180 rule) should be utilised to bring the action to life.

They’re responsible for determining the lighting for every scene, using light to create the mood and atmosphere the director has in mind. They might also explore different locations, giving recommendations to the director on places to shoot and what shots to capture.

This is where communication is key. Directors and cinematographers must work closely together, bouncing ideas off each other. After all, while the director will have a vision of how they want the film to look, it’s the cinematographer who will be able to capture that, and they may have some different ideas the director hasn’t thought of. As Edgar Wright says:

“It’s all about communication. Do they see the film in the same way as you? Do their ideas match up with yours? Are they going to bring different ideas to the table that are fresh and exciting and something that you might like? But really, it comes down to methodology. You want to respect the way that they work and trust that they’ll get your ideas onto the screen.”

Why is cinematography important?

Camera angles, close ups, cut aways and montages – these are important elements of cinematography, and they’re all devices that help viewers to connect with the characters and the story.

The decisions made about lighting and framing can make or break a film. Every shot, every angle, and every choice about lighting helps to drive the narrative forward – as well as, of course, making it look great on the big or small screen. 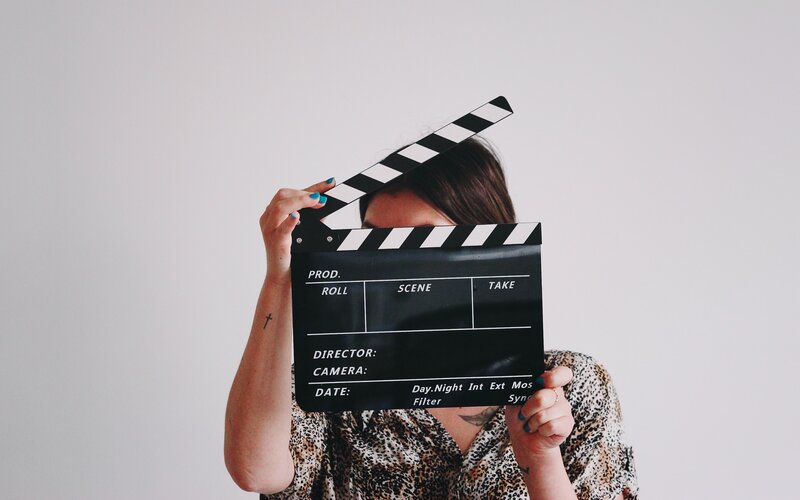 How does cinematography affect the audience?

Cinematography can lead the audience in one direction or another. Because viewers only see what is shown to them, the visuals are one of the only elements they have to help them understand events in the story.

The decisions made about cinematography have a direct impact on an audience’s perception of the film’s events, and of their enjoyment of the film.

How to get into cinematography

If you’re an aspiring cinematographer, you’ll usually need to go to film school to learn all the tricks of the trade and become a master of your craft – although there are also many cinematographers who get into the role through extensive self-study and on-the-job experience.

Most cinematographers will work their way up through the ranks, starting out in production. It can take as long as 10-12 years to become a cinematographer.

If you’re a director looking for the right cinematographer or director of photography (DOP) to work with, it’s important to look out for someone with whom you can communicate well. Find someone who understands the screenplay, and ‘get’ your vision for the film. Edgar Wright notes:

“You want to make sure it’s someone whom you can establish a strong level of communication with. It’s essential that the DP understands what your vision for the film is and is able to share that vision along with you. You don’t want to work with someone who is always going to be questioning your ideas. It’s definitely important that your DP brings their own ideas to the table, but you want their ideas to work in tandem with yours, not against them.”

Well, one way is to look at which films have won awards for the best cinematography! Some of the most recent winners of the Academy Award for Best Cinematography are:

These are all very different films, from a diverse range of genres, but they all share one thing in common: beautiful cinematography.

Edgar Wright is noted for the use of cinematography in his films, something he honed during his time working on TV. His show Spaced is a cult classic, a sitcom that borrows the dramatic camera angles and cuts of horror films. That was a deliberate choice on his part to bring the camera into the narrative. He says:

“I was using the camera like another character in that show. And I needed the cast to play opposite the camera as if it was another actor in the scene. By doing this, it made the cinematography more stylish and more involved than a traditional television comedy normally would.”

That style is something he’s taken into his film work, with quick cuts and fast-paced montages injecting black humour into comedy films like Hot Fuzz, and helping to drive the action along in action films like Baby Driver. 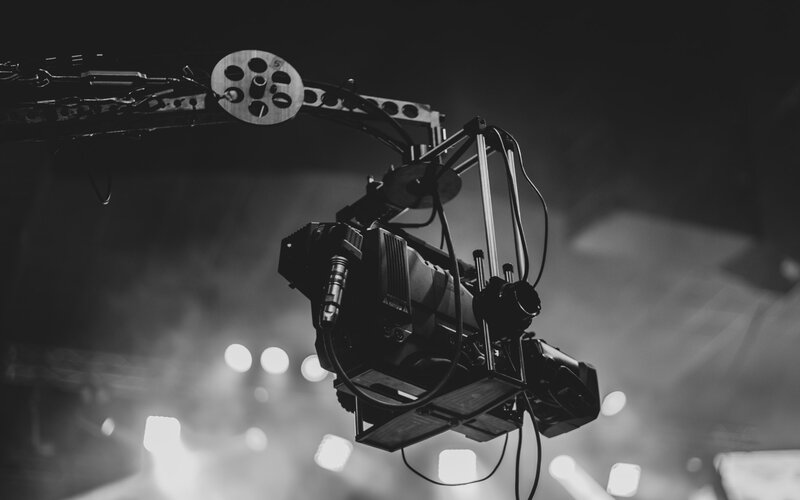 Videography is similar to cinematography in many ways, but it’s a much more scaled-back approach. While cinematographers tend to have a team behind them, videographers are often just a single person or have a small crew. Their job is to capture footage of live events.

Unlike cinematographers, who have a great deal of influence over the look and feel of the finished film product, videographers don’t usually have any control over this. Instead, they’re focused on operating the camera, capturing the event end-to-end, and editing the film.

Generally, any video work can be called videography, but cinematography only really refers to the production of films and TV shows.

If you’re married, you may have hired a videographer to capture your wedding in real-time, alongside a photographer to take still images. Videographers are also often responsible for capturing news footage, or they could shoot documentary films.

How to become a videographer

As with cinematographers, you can go to film school, or be self-taught. Either way, you should make sure that you learn all the ins and outs of video equipment, handling techniques and editing. You could shadow more experienced videographers to get hands-on experience of what the job entails, or simply have a go at trying it yourself. The more practice you get, the better you’ll be at the job!

Now you know what the differences between cinematography and videography, and what each discipline entails, are you ready to find out more about filmmaking? Budding filmmakers can sign up for Edgar Wright’s Filmmaking course to get tips and insights from the director himself.