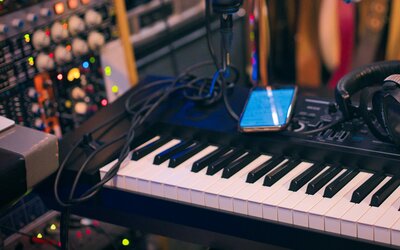 Music producers have a wide array of production effects at their fingertips, allowing them to create a deeper sound, a groovier beat, or a refrain that gets stuck in your head for days on end.

If you’re an aspiring music producer, it’s crucial that you get to know the key effects – not because you need to use them in every song you create, but because by learning the foundations of music production, you have a solid base to build upon and create a sound that’s uniquely yours.

The best way to get to know the different effects and the impact they have on songs is by listening to and studying music. As Mark Ronson says in his BBC Maestro Music Production course, “Study the great records to see how they work… You’re not necessarily trying to copy them, but studying and learning and moving, that is your university.”

To get you started, we’re going to let you in on the secrets of the 5 popular music production effects used by music producers – so keep reading to find out what they are and how to master them. 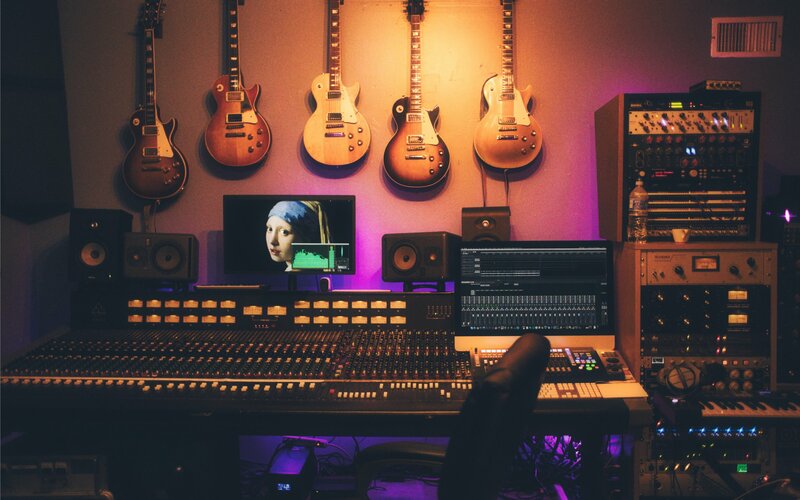 Reverberation is one of the most common audio effects when recording vocals and is the effect of sound persisting after the noise is made. Have you ever tapped on something metal, and the sound has lingered after you’ve stopped tapping? Or how about speaking in a tunnel? If you’ve ever done that, you’ll know that the sound of your voice fills the space and echoes after you’ve finished speaking.

Both are examples of reverberation. It’s created when a sound reflects off a surface, sending sound waves out in all directions. The original source of the sound stops, but the sound reflections keep going until they’re absorbed by the surface of objects (such as furniture, walls, or even people), decreasing in volume and noise until they come to a complete stop.

Our surroundings can affect the amount of reverb from a sound. If you shout in a small, carpeted room, for example, there will be very little reverb because the sound will be quickly absorbed by the carpet and walls. However, if you shout in a cathedral, you’ll hear a dramatic echo, with a reverberation that will last for a much longer time.

Why use reverb in music production?

In musical terms, reverb is useful for adding depth to a song. We just mentioned how shouting in a small space will lead to very little reverberation - well, the same is true for singing in a small recording booth.

Reverb can be applied to either vocals or instruments, and it can help a performance to sound richer and more natural. As Mark Ronson says, “it makes you feel like you’re singing in a room with amazing acoustics, rather than dry into the mic.”

Music is usually recorded in an environment without any ambience, making it easier for music producers to work their magic on the tracks later. So, reverb is usually added in post-production when a track is being mixed – although some artists do record in an acoustic chamber, which is specifically designed to produce a reverb effect on songs. When this happens, the sound wave reflections are picked up through the microphone, creating a fuller sound.

Delay is a time-based audio effect. It takes a sound and plays back delayed duplicates of that sound to create echoes. Delay has long been used in music, and it’s usually thought of as the first guitar effect.

It was first used in the 1940s and 1950s in rockabilly and rock and roll music, pioneered by Buddy Holly who was one of the first artists to use tape looping, where a magnetic tape was used to record music.

It was then cut to create a loop, then put back onto the recorder, resulting in a looped segment. Today, lots of delay pedals and Digital Audio Workstations (DAWs) have tape delay effects built in, giving you the classic tape delay sound without the time and effort of manually recording it.

Analogue delay is another type which works in much the same way as tape delay, but it comes in a portable unit, meaning that guitarists and other musicians could carry it around with them.

Today, most music producers use digital delay, which was first developed in the 1980s. Both tape and analogue delay can decay over time, but digital delay gives a crisp sound, and it offers more control over your track, giving you a choice of different options to manipulate the sound, including the playback time, audio filters, and reversing playback.

Delay can create more depth in a song, and it can be used to add more character to both instruments and vocal performances. However, Mark Ronson warns in his BBC Maestro course, “Although it can sound good, time-based effects can cause a distraction against their own performance, so use with care.”9 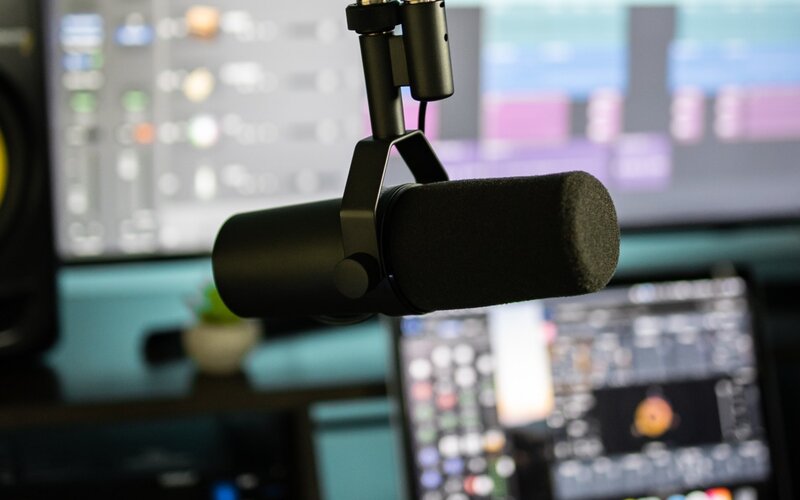 Compression is a dynamic effect that reduces the gap between the loudest and quietest parts of a song, making it more consistent. A compressor ensures you can control sound levels within your song, making for a better-balanced track.

Let’s say you have a track with a heavy drumbeat, along with whispered vocals. If you don’t compress the track, you run the risk of the vocals being inaudible over the drums – but compression can help to balance things out and ensure that no parts of the song are overly loud, or overly quiet.

You won’t always need to use compression on your tracks, so if in doubt, ask the golden question: does it make the music sound better? If so, you’re good to go, but if it’s not enhancing the musicality of the song – making the vocals sharper, or the drum beat more dynamic – then consider that you might not need to compress that particular tune.

Distortion is an effect that alters the sound of instruments or vocals, usually to give it a raw, fuzzy edge. It’s been used in rock and roll since the 1960s, most commonly with electric guitars to give them a grizzly tone. Chuck Berry was one of the first guitarists to experiment with distortion, and it was also famously used by bands like the Beatles and Led Zeppelin.

Other instruments can also be distorted, including the bass guitar (think of the Beastie Boys’ Sabotage), the electric piano, and even vocals. Although the use of distortion started with blues and rock music, it’s been used widely across many different genres, including hard rock, punk, heavy metal and hip hop.

Distortion can be a great addition to your tracks no matter the genre you’re working in. In his online Music Producing course, Mark Ronson recommends playing around with effects and genres to find the right fit for your song. “A great vocal, a great melody – they’re the only things that are really sacred about any piece of music.

“That’s the thing when we remember our favourite songs, whether it’s Elvis, Adele, or Michael Jackson – the thing that makes that song special is the vocal and the melody. Do anything else that you can to the song to make it as great as it can be – switch the drums, switch the instrumentation, switch the genre.”

He goes on to explain how using distortion transformed the Nikki Costa song Like A Feather:

“For Like A Feather I wanted the guitar to sound distorted, like in the Beatles’ Revolution. I love that thin, aggressive ‘60s guitar sound. I remember reading in a book that the Beatles turned the input all the way up on the desk at Abbey Road and that’s how they got the distortion. I didn’t have a fancy desk at Abbey Road, but I knew that if I jacked it all the way up going into Pro Tools, I could probably do the same thing. It doesn’t matter how you get your distortion. Even if you just have a little audio interface, that’s one of the best ways.”

Even if you’re just getting started with music producing, it doesn’t matter – just play around and you might just stumble upon a happy accident. As Mark says, “a lot of the great rappers of this generation, including Denzel Curry – the reason their music sounds so cool is because they really had no idea what they were doing, and they distorted the vocals by accidents. That’s one of the greatest ways to get distortion, just by turning the input all the way up until it’s in the red.” 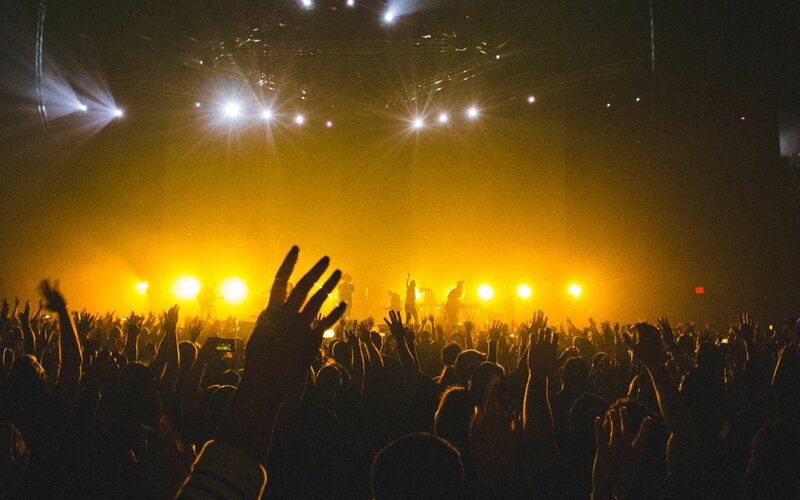 Tremolo is a musical effect which creates a change in volume. Technically speaking, it’s a modulation effect that rhythmically changes the volume of your signal. In simple terms, it means that the volume – either of a specific element of the song, like the guitar or vocals, or the song as a whole – goes up and down, rather than staying at the same level throughout the song. It’s not to be confused with vibrato, which is a change in pitch – although sometimes the terms are used interchangeably.

It’s been used in music since the 1600s, and is used to add drama, intensity and a sense of immediacy to songs. Think of How Soon Is Now? by The Smiths, which uses a sweeping tremolo guitar that the whole song revolves around. Another notable example is the tight guitar riffs on Bruce Springsteen’s Born to Run as the song builds to its climax.

Getting to grips with these music production effects comes with time and practice. Want to find out more about producing? Take a look at Mark Ronson’s Music Production course for an in-depth look at all elements of music production.