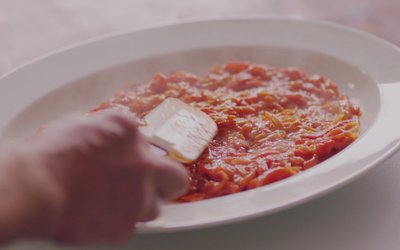 How To Make A Piperade Sauce

The perfect piperade is packed with flavour. It’s smoky, sweet, and tingles the tastebuds. If you are in search of that perfect dinner party dish, or are simply hoping to spruce up your weekly menu, this piperade recipe may just provide the solution.

What is a piperade?

Piperade is a tomato and pepper-based dish, often used as a garnish at mealtimes. It’s made using green and red peppers, onions, tomatoes, and garlic. Originating from the Basque region of France, its main ingredients – green pepper, onion and red pepper - proudly represent the colours of the Basque flag (red, white and green). It’s now a dish eaten across the world, albeit in different variations. In some places, piperade is made with aubergines or ham, and, in others, it uses eggs. 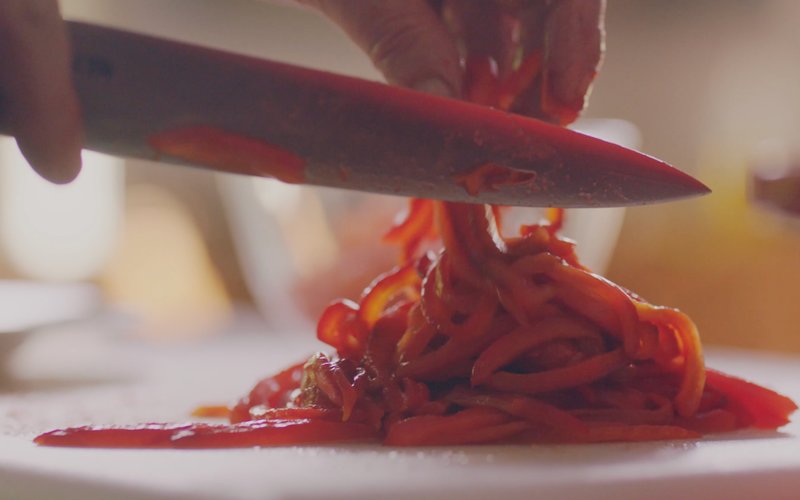 Piperade is a versatile dish and can be enjoyed in many ways. Many choose to treat it as a piperade sauce and drizzle it over meats such as lamb, pork and fish, while others prefer it as a side dish. It can be used as a dip for crackers or crudites, but its tastiness makes it enjoyable enough to eat on its own as a main dish too.

There are various ways to make a piperade. Some recipes enhance the tomato quantities, others prioritise the peppers. To create the perfect Basque piperade, peppers are the prize ingredient.

If you’re going to make this to go alongside a dish, start preparing the piperade first. The piperade needs to be kept on low heat for a while, and as it is cooking you can focus on the other prep. As Marco Pierre White says, “it’s always good to do jobs whilst the sauce is making, rather than make them and then do the sauce. It saves time”.

To make piperade you will need: 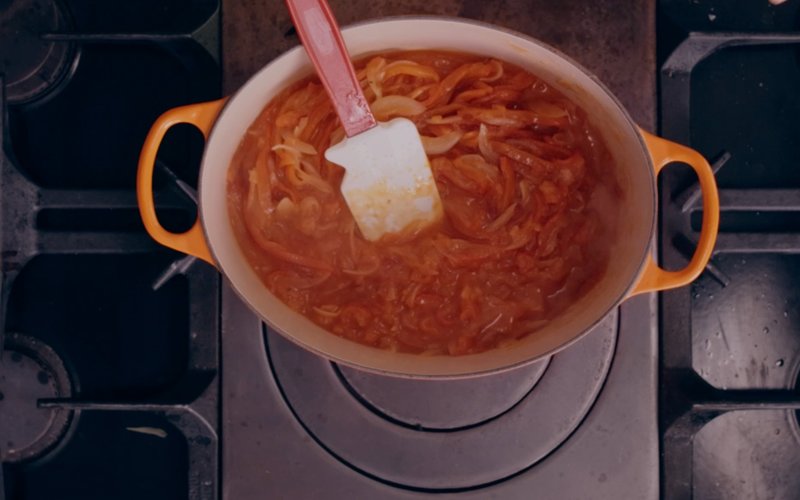 1. Preheat oil in a pan to 180 degrees. Once hot, gently drop the peppers inside and let them bubble away until the skin appears slightly blistered and burnt. Remove them immediately and place them in a bowl covered in cling film until completely cool. Once cool, peel off the skins, slice open and remove the seeds.

2. Heat up some oil in a large saucepan over medium heat. Add the onions and garlic and let them sweat for 5 minutes or so. This is a vital step. Marco Pierre White explains, “by removing the water content, we remove the acidity which then allows the natural sweetness of the onions and the garlic to be released”.

3. Add the bay leaves and thyme. Stir in the tomato puree and paprika and cook for 2 minutes.

4. Add your finely chopped tomatoes, stir, and season with salt. The aromas coming from the pan here will be rich and fragrant. “That wonderful scent of the paprika, the onions, the garlic, the thyme, the bay leaf, the tomatoes, the olive oil. It’s all just melting into one” – Marco Pierre White.

5. Take your peppers and slice them into long, thin lengths. Add the peppers to the pan.

6. Continue to simmer gently, stirring occasionally. You want to remove any excess water in the dish. Now is a good time to prep or cook any other food if you’re serving it with the piperade. Giving yourself time is one of the joys of this dish. “It’s not just about throwing things in a pan and hoping for the best. Everything has got to be done in stages. And by doing everything in stages and doing all those little jobs well, what you do is you create those layers of flavour. And when you’re finished you have that intensity of flavour. That’s what cooking is all about” – Marco Pierre White.

7.  Garnish with whatever fresh herbs you have to hand, and enjoy as you please. You could serve on top of a delicious baked salmon fillet, or if you’re catering for vegan or vegetarian diets, serve on top of some grilled aubergines. 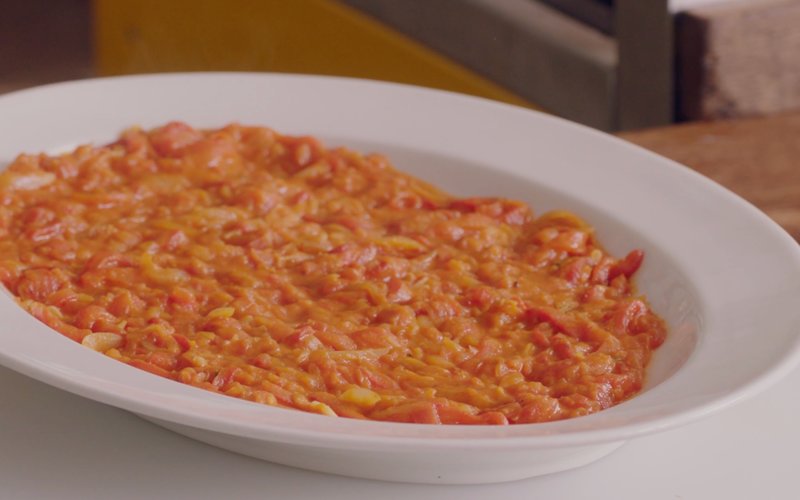 Piperade tastes best when it’s freshly made, but if you have leftovers don’t let them go to waste. If refrigerated, you can eat the piperade for up to 10 days. Wait for it to cool, pour it into a jar or container with a lid, and place it in the fridge. You can also freeze it and save it for later.

So, there you have it. Now you know how to make the perfect piperade, how to serve it, and how to keep it for as long as possible, it’s time to give the recipe a try. Keen to learn more about French cooking? Or about cooking in general? Take a look at some of our online cooking courses. You’ll find Marco Pierre White, Pierre Koffman and Richard Bertinet, all sharing the tricks of their trade.

Join Marco Pierre White as he takes you on a new vegetarian journey from the comfort of your very own kitchen. You’ll learn how to elevate some of your favourite dishes, like mushroom risotto and vegetarian lasagne, and how to add that hint of indulgence to your vegetarian menu. Even better - you get to eat it too.

Learn the fundamentals of French cuisine from the 3 Michelin star Maestro and living legend.

An Understanding Of Wine

Dive into the wonderful world of wine.