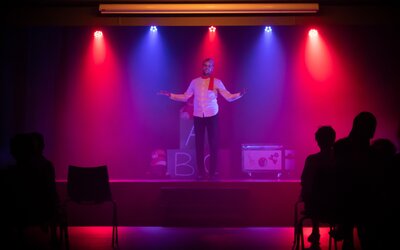 How to do stand up comedy

Whether it’s your first time performing stand-up comedy or your twentieth, nailing a stand-up gig can be a real challenge. Every time you get on that stage the experience is different. From being in a new city, at a new venue to watching over a sea of new faces waiting for you to make them smile.

If you’re asking yourself how to do stand-up comedy well, you’re in the right place. Read on to learn some top tips from the legendary comedian, Sir Billy Connolly.

How to do stand-up comedy

It takes practise to create the perfect stand-up comedy set. It’s something that comes naturally to some and less naturally to others. It’s also hard to teach because every comedian will add their own spontaneous creative flair to their set.  We’ve rounded up a few tips below from Sir Billy Connolly to help get you comfortable with performing a great stand-up set.

For those well-versed stand-up comedians, waltzing up on stage with nothing prepared is easy. “I don’t prepare for a show. I have cups of tea, I play my banjo and I relax, and everything falls into place,” says Billy Connolly in his BBC Maestro comedy course.

But for those early on in their stand-up journey, preparing a little is a good idea. It doesn’t have to be a 5-page document word for word. In fact, it shouldn’t be that. But having a list of story prompts to hand can be really useful.

Your story prompts could be listed in a rough order that allows them to flow from one nicely into the other, or they could be simply peppered on the page. You might find that the latter gives you more freedom during your set.

“I put the list on my bar stool. When I go for a drink of water, I look at the list and sometimes don’t go for the thing I was going to go for,” says Billy Connolly. “Instead, I’ll go in for ‘drunk woman on the bus’, or ‘guy joins the army’ and it flies off in a different direction.”

Some of the best comedy happens completely off the cuff, so there’s no need to restrict yourself completely to a formulaic plan of how your set will go. “People should write stuff down, but don’t be chained to it. Listen to your mind. It’ll suggest things on its own when you’re in the middle of talking about something else,” says Billy. 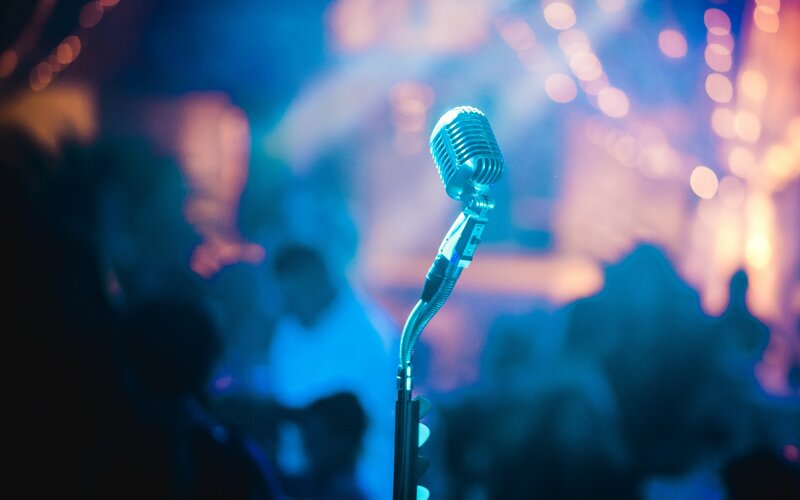 When it comes to the content, use your own stories and experiences for material. “I talk about myself because it’s all that I know about,” says Billy. “It’s the easiest way to remember stuff - to make it about yourself.”

He encourages aspiring stand-up comedians to open up to the audience when they’re on stage. “Tell stories about yourself. Authentic stories. Even if you hurt yourself. Do it for the experience. It’s magical what it does to you. It’s magical what it does to your audience. They can spot reality, and they love it because they can empathise with it,” says Billy in his online comedy course.

Whether it’s oversharing on an awkward encounter in the bedroom or a remarkably idiotic moment of lapsed judgement, it’s bound to get a laugh if it’s real because the way you retell it will be real too.

Building up the courage to get on stage requires bravery. It’s a fear that the very best stand-up comedians have had to confront. “I’ve never known anything quite so frightening as going up on your own and doing it,” says Billy Connolly. But, he says, “once you’ve done it, it’s addictive. So beware.”

Whether it’s the fear of forgetting your lines, your best joke falling flat or being greeted with a room full of boos – it’s normal to fear failure or rejection.

“Going on stage to do anything - you make the statement that you are better at the audience at what they do. When you’re a comedian, you’re making the statement that you’re funnier than anyone else in the room,” which is a bold claim to make, especially if you’re just starting out in the comedy world. But you have to get over it to succeed in comedy,” says Billy Connolly.

He reminds aspiring comedians that the audience wants them to do well and wants them to be funny. So, all they have to do is go and be it. It doesn’t matter if it doesn’t go smoothly. In the beginning, you are bound to make mistakes. “I’ve died the death many times,” Billy recalls. “Preparing against dying the death is simple. Take notes of where you died the last time and don’t do it.”

“Audiences are good if you’re good. You have to turn it on and do it for them,” says Billy.

Introduce yourself and open up with something relatable. Maybe it’s raining outside, and your audience has had to queue for an hour to see you. Or maybe the city you’re in has something ridiculous that makes it famous. Here’s your first bit of material. How can you play on these to make them laugh?

If you comment on something they understand too, it makes you relatable. Try and build a laugh or two and get them on your side. They’ll gradually begin to ease into the environment and those invisible awkward barriers that fill the room will soon start to subside.

Remember to work with the size of the audience though. “Hear your audience and perform to them,” says Billy Connolly. If the gig is small and intimate, presenting yourself as a larger-than-life presence may not be the best port of call. Adopting a quieter tone in these instances can be really powerful in establishing a relationship with the crowd. 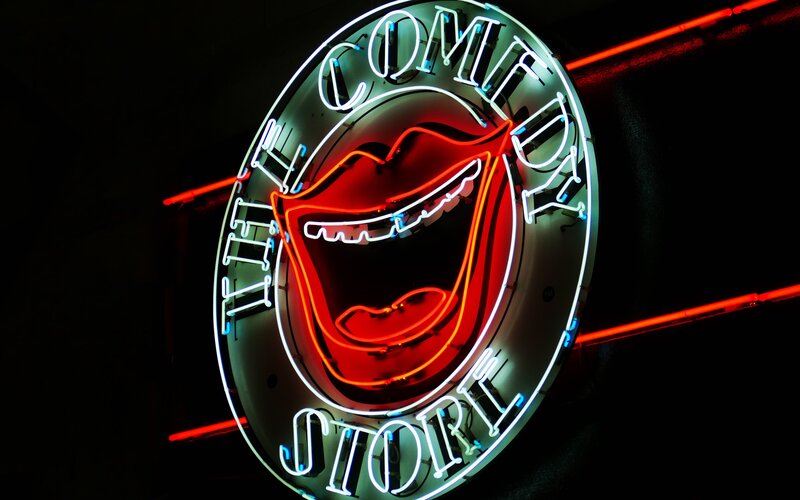 When it’s time to wrap up the show, you want to end on a high. And it’s always good to leave the audience wanting more. You don’t have to overcomplicate your farewell or hang around when the audience is ready for you to leave.

Every comedian rounds off a gig in their own way. One of Billy Connolly’s favourites is the approach comedian Chris Rock takes. “When he’s finished, he throws the microphone on the floor and walks away. It’s brilliant. It says it all,” says Billy Connolly.

Ready to take the leap onto the stage? Keep these top 5 tips for performing stand-up comedy close to you as you prepare.

If you’re keen to learn more about the realm of comedy, be sure to check out Billy's course.