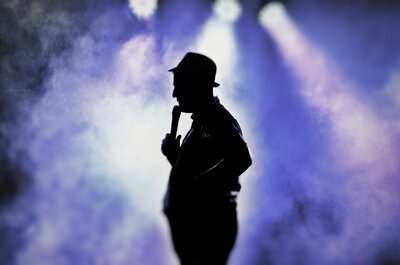 Stage presence: What is it? And how to find yours...

You know you’re funny. You’ve got all your best jokes rehearsed. But how do you make people warm to you when you’re on stage? We’re talking about stage presence.

If you’re an aspiring musician, actor, or comedian, good stage presence could be just the thing to take your live performances to the next level. But what is it, exactly? And more importantly, how do you get it?

Keep reading for tips on how to command your audience's attention.

What is stage presence?

Have you ever been to see a musician or a stand-up comic, and felt unable to take your eyes off them? Or been to see a play, and were mesmerised by the performance of the main actors?

That’s likely because they had good stage presence. It’s something that’s undeniable when you see it, but it’s difficult to put your finger on exactly what it is.

Stage presence is a combination of different things. It’s an energy on stage that makes their performance unforgettable; a charm and charisma that draws you in. Having a strong stage presence doesn’t necessarily mean that someone is larger than life – you can draw people in if you’re a more understated performer, too. It’s all about how you conduct yourself during your live performances, and how you engage with the audience through eye contact and body language.

Why is stage presence important?

Whether you’re a politician delivering an important speech, or a stand-up comedian trying to get a room full of people in hysterics, stage presence is what ensures you leave a lasting impression on your audience.

It’s the important element that can be the difference between becoming the next big thing – or getting left behind. Think of Bruce Springsteen, Dame Judy Dench, Barack Obama, and Sir Billy Connolly. Four very different people, with four very different jobs. But they all have one thing in common – good stage presence.

Someone with a great stage presence can make a significant impact on their audience members, capturing their full attention for the duration of your performance – and leaving them thinking about it for a long time after. So, when you’re starting out in the performing arts, it’s as important to develop your stage presence as it is to hone your craft. 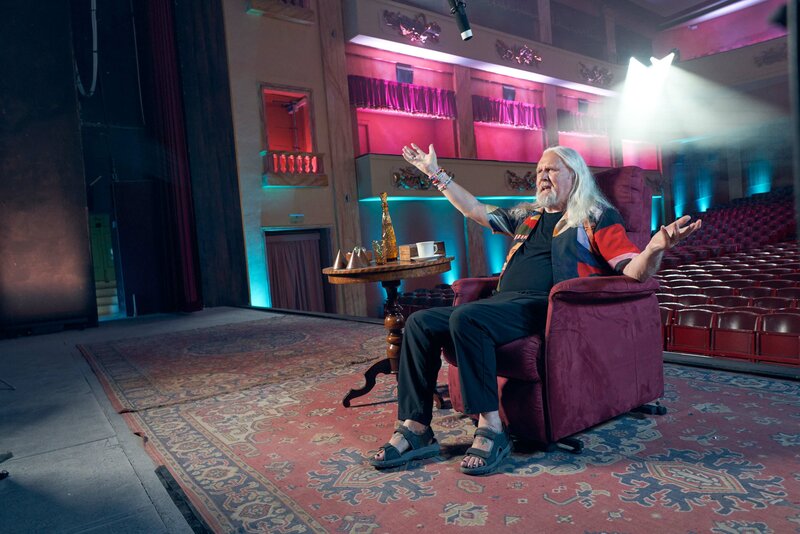 How to develop your stage presence

If there’s anyone you can trust for stage presence tips, it’s Sir Billy Connolly. Known for his observational comedy, the Big Yin is a commanding presence on stage – and not just because he stands six feet tall. It’s because he has a likeable charm, and a personality that makes you want to listen to what he has to say. And, of course, he’s had years to develop his craft and on-stage persona. In his BBC Maestro course on Comedy, he has some top tips for developing stage presence and finding your feet as a performer.

People warm to others who show their vulnerabilities – and there’s nowhere you’ll feel more exposed than standing on a stage in front of an audience.

In his BBC Maestro course, he says:

It’s a little different for aspiring actors, as you’re generally reading from a script, but if you’re writing your own songs or jokes, then there’s a real opportunity to share a little bit of yourself with your audience members – and that can help you to build a strong rapport with them. As Billy says:

“It’s a peculiar art, comedy, because the man who portrays himself as vulnerable always wins at the end, and everybody’s laughing.”

So, whether it’s a tale about a time you fell flat on your face, or a doomed date, try sharing something honest with your audience. There’s no quicker way to build a rapport than sharing your embarrassing stories!

Billy Connolly suggests that you carefully consider the clothes you wear on stage. Not only can your clothes help you to make a statement but thinking about what you want to wear can help you to better define who you are when you’re performing. In his BBC Maestro course, he says:

“For many comedians at the start of their journey, this is one of the hardest questions to answer: who should I be on stage? How can you choose the ‘right’ clothes if you haven’t got a strong, confident idea about who you are on stage?”

It’s a conundrum for all performers, and the way to combat it, Billy suggests, is simply to try different things and see what feels right for you. He goes on to say:

“Try different styles of jokes, different clothes, different attitudes, different statements. You’ll know when the one that fits you is right: you’ll feel it. The way to improve is to be open to experimentation and change.”

Think about your stage persona

If you’re a comedian, you don’t need to be entirely yourself when you’re on stage. You can adopt a different persona, a version of your true self that makes it easier for the audience to connect with you.

“Your persona is a heightened part of your character that you emphasise on stage to allow audiences to ‘get’ you. Crowds find it easier to laugh when they know who they’re dealing with. Make yourself easy to understand by signalling to this room of people who you are in your comedic persona and what they can expect.”

A comic persona can help you to develop a stronger stage presence, especially if you’re nervous about things like eye contact and audience interactions. But as Billy Connolly notes, it’s important that your persona is still close to your true self – otherwise audience members will notice, and it will end up having the opposite effect of what you were hoping to achieve. He says:

“Don’t affect a persona that isn’t part of your natural personality. If you do that then you effectively become a character act, an actor playing a part, and this keeps your audience at arm’s length.”

Connect with your audience members

The key to a good stage presence is connection with your audience. You can build a strong bond through eye contact and body language, and you can also do it through your subject matter – and, ideally, you’ll be doing both!

“People love to talk about themselves. Audiences are no different. One of the reasons that relatable comedy is generally successful is that audiences like familiar subjects, told in a funny way, by someone they like.”

So, one sure-fire way to develop a strong stage presence as a stand-up comedian is to build stories that people can relate to into your set. If you’re playing a gig in a new town, then take the time to walk around beforehand and get a feel for the local area. If you have time to work one or two locally themed jokes into your set, then people will immediately warm to you and you’ll be off to a flying start!

Be in the moment

As a stand up comedian, it’s important that you’re not reading off a script. You can have notes written down on a piece of paper in front of you, or even on your hand, but don’t read word-for-word off a script – there’s nothing that’s more likely to make the audience lose interest. Instead, you need to be present, and in the moment with them.

“The first note on how to perform is ‘don’t be a parrot’. If you are on stage, repeating a script, you’re not really there. You lose the sense of your words. You stop communicating. Comedians aim to be in the moment and aware not of themselves, but of the ideas that they’re communicating.”

And the best way to be in the moment – or at least, give the illusion of being in the moment? Practice, and believe in the jokes and stories you’re telling. Billy’s advice is:

“Put all of your effort and energy into the stories. If you want to rehearse your routines, do so out loud, not in your head. Hear yourself saying the words. That way you’ll know how it sounds. Get on stage and project. Use your body, use your hands. Be animated when you’re telling your story – fill it with colour and life. The aim is to live in that moment on stage rather than being partly on the outside looking in.”

So, now you know how to develop a stage presence, are you ready to get out there and put these tips into practice? If you want more comedy tips from one of the true maestros of the genre first, then be sure to check out Billy Connolly’s BBC Maestro course on Comedy.

Learn comedy from the only man qualified to teach it.