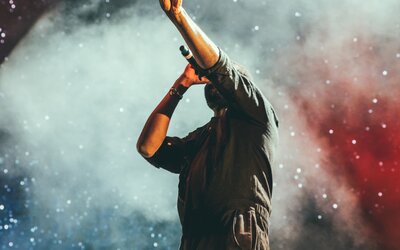 How to write a pop song

If you’ve ever had a song stuck in your head for days on end, it’s likely it was a pop song. With a catchy tune and memorable lyrics, pop songs are guaranteed to make you smile – and they’re deceptively simple to write too.

So, how can you write the next Mamma Mia, Baby One More Time, Could It Be Magic, or Uptown Funk? Keep reading to find out how to write a pop song.

What is pop music?

It’s a broad term, for a broad genre of music. Simply speaking, ‘pop music’ is short for ‘popular music’, and the two terms are often used interchangeably - although most in the music industry would agree that ‘popular music’ is a wider term, that includes many different styles of music that all happen to be popular.

Typically, all pop songs share some key characteristics. Pop songs usually have a repeated chorus and hooks, are short in length (usually between two and a half to three minutes) and have a catchy rhythm or beat that’s guaranteed to get people on the dance floor.

Pop songs are often big hits, and some people believe it is this commercial element that distinguishes pop music from other genres. Many pop songs are also big music award winners, with the Grammys and the American Music Awards being two of the most sought-after awards to win.

But there’s more to pop music than commercial success. There’s a reason that these songs are so popular - aside from the lyrics and beats that you can’t get out of your head. Pop music is loved by so many people because it addresses themes we can all relate to. Whether it’s about love or loss, pop songs tap into something in our common lived experience that makes us feel a sense of solidarity with the singer. 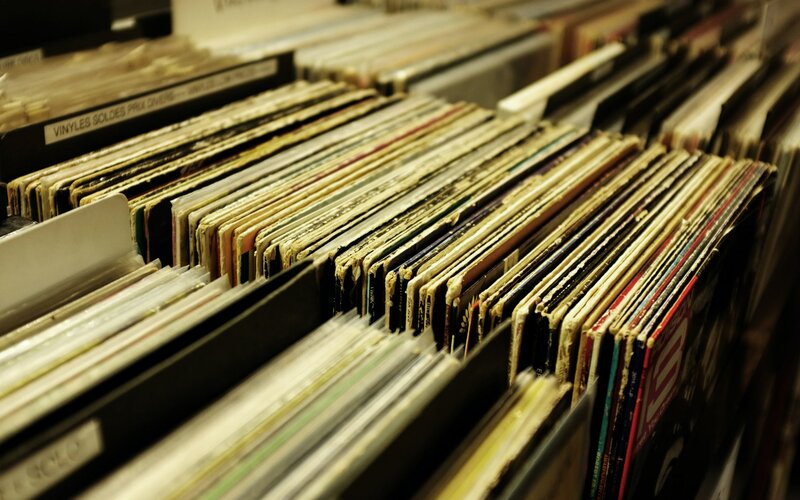 The history and evolution of pop

Although you might think of pop music as a very modern phenomenon, the term ’pop song’ was actually first used in 1926, to describe music ’having popular appeal’.

However, it wasn’t until the 1950s and 1960s that pop music made a name for itself. The genre originated in the USA and the UK, and blended elements of the most popular music styles of the time including jazz, country, rock and roll, rap and bebop.

As you can see, pop music has evolved over the decades. The definition of pop music is ever-changing to incorporate the most popular music trends and genres. 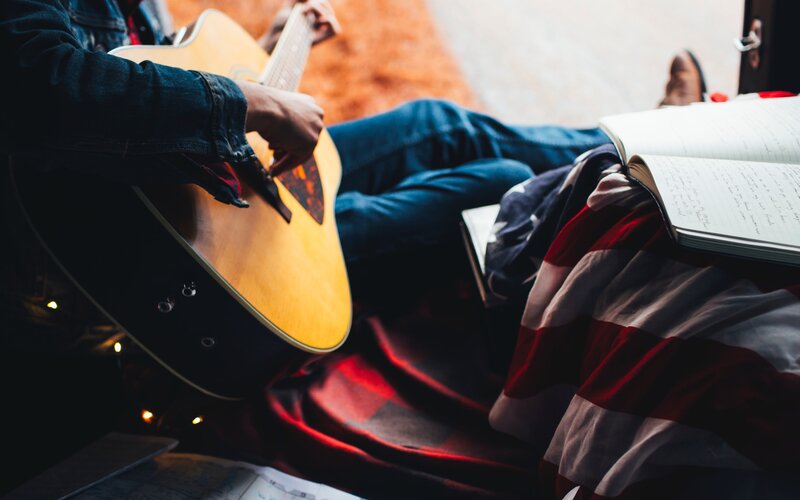 How to write a pop song

Just as there’s no one set definition of what a pop song is, there’s no one single way to go about writing the next big hit. But here are some songwriting tips for crafting the perfect pop song.

In his BBC Maestro Songwriting course, Gary Barlow talks about the importance of listening to a wide variety of music, saying, “develop an appreciation for all sorts of music so you can incorporate different influences into your songs.”

Mark Ronson, in his Music Production course, agrees. He says, “I feel like studying the great records, even if it’s just to see how they work – that is your university.”

So, the best way to begin your journey into pop music writing is by listening to lots of different styles of music, as well as some of the biggest pop hits from the last few decades. Do you want to write the next great love song? Or do you want to make a song that’s a floor filler for years to come? Develop a feel for what styles you like best and start to think about what elements you want to incorporate into your own pop song.

Start with the structure

Why are pop songs so catchy? It’s because they tend to follow a very similar structure, with repeated sections that are designed to get stuck in your head.

The typical sections of a pop song are:

The chorus is the key to any good pop song. As Gary Barlow says, “The chorus is the most important part of a song. It’s the bit that really grabs people, the bit they can’t stop singing.” He often starts songs by writing the chorus first, as a great chorus gives him a really strong foundation upon which to build the rest of the song.

A hook can be lyrical or instrumental, but either way, it’s a repeated piece of music that gets stuck in your listeners’ heads, creating an earworm. One of the best examples of a modern hook is the line “All the single ladies, all the single ladies” from Beyonce’s Single Ladies.

If the chorus is the catchy component of your song, it’s the verses that drive the narrative along making them an essential element of any pop song.

The bridge of a song is a transitional verse, usually with a key change or chord progressions. It’s not always used in pop songs, but it can give the opportunity to change the tone of the song, or if you want to add a twist to the story.

You don’t need to include all of these elements when writing your pop song, but it’s good to know the basics. Once you do, you can play around to create a song that’s uniquely yours.

Now you know the elements of any good pop song, it’s time to start writing it. Some people start with the lyrics and others with the melody – it’s entirely up to you, and you may even take a different approach every time you sit down to write.

So, how to write pop song lyrics? When it comes to writing, Gary Barlow cautions against getting too bogged down in the individual words: “You can get too caught up in making sense of a line. If it sounds good, put it in. If needs be, you can make it work later.” In other words, write down what you feel, and edit later.

Rather than thinking about what will make a big hit and trying to write a song that fits that mould, you’re more likely to create songs that resonate with people if you can write from the heart and be honest in the words you’re putting down on paper.

As Mark Ronson says, “When you’re doing the thing you love, and you are doing it for the pure joy and the love of the music, you shouldn’t be thinking about commercial expectations.”

You’ll also need to think about the tempo and melody. Although you might think of pop music as being upbeat and at a faster tempo, there are just as many popular songs that are much slower – in fact, some of the biggest pop hits of the last few years, like Hello by Adele and Sign of the Times by the Harry Styles are slow-paced songs. So really, anything goes for a pop song – it just has to be right for the song you’re creating.

Put it all together with production

The right production can really help to make a song pop. From adding samples to making your vocals stand out, music production can be the finishing touch that transforms a pop song into a massive hit. As Mark Ronson says in his music production course, “They spent the time singing it, writing it, why shouldn’t I spend the time making them sound as powerful or magical or as great as possible?”

You can either learn how to produce a song yourself or collaborate with an expert producer who’ll know how to best layer all the different elements of your songs to really make it shine. But know that it can take a while to get a song right – even for the experts!

It took Mark Ronson and Bruno Mars nine months to create Uptown Funk. Mark says, “on the first night, we had this jam and we wrote the first verse and the pre and it had such a good feeling and an energy to it.

When everyone in the room is feeling the vibe and everyone’s hair is standing up, there’s just a feeling where everyone is like into this idea. And then every time we tried to get back together to work on it, we never had anything as special as that first night we worked on it.”

But, despite that, he says there was just something in the song that he believed in. So, they persevered, and eventually, they created the end product we all know and love: a song that topped the charts in 19 countries and broke worldwide streaming records.

Writing the perfect pop song is a craft. Those three-minute-long songs sound simple, but there’s a lot of hard work that goes into creating a song that gets stuck in everyone’s head and resonates on a deep level with a broad audience.

Whether you want to create a slow-paced love song, or an upbeat funk-inspired track, the diverse influences behind pop mean there are a million ways to make a great pop song. So why not explore Gary Barlow’s Songwriting course or Mark Ronson’s Music Production course, and take your first steps towards writing the next big pop hit?