How to write an action scene for screenplay

We can all recall an intense action scene that kept our eyes glued to our screens.

Whether it’s a heart-racing car chase between gang rivals or the breakout of battle in a war film, captivating the attention of viewers and keeping them stimulated is the key to a great action scene and film. Read on to explore some top tips on how to write a great action scene for a screenplay.

What makes an action scene?

Many of your favourite stories will have an action scene. Action scenes often require the main character or characters to confront the villain of the story and the associated danger or risk. This may be in the form of confronting or fleeing something threatening or you’ll likely find an action scene on a character’s hunt for victory. Think about any James Bond film or even Shrek rescuing Princess Fiona from her dragon-protected castle. Of course, the intensity of action scenes varies by film and genre, but if you look closely, you’ll find them everywhere from rom-coms and thrillers to TV pilots and children's movies.

A good action scene will keep viewers engaged with the screen. Your script will inevitably be gripping enough, but once it’s in the hands of a talented director and editing team, that’s when you’ll see the magic happen.

How to write an action scene

When it comes to writing your script, it’s important to be able to visualise the scene you want to portray. It may feel a little daunting to translate this onto a page, but there are a few tips and tricks to help you build your best action scene.

Set up from the start

Conflict is a fundamental part of any story. In every tale, trouble inevitably finds our main character and requires them to take action. Line of Duty writer, Jed Mercurio, identifies this as part of ‘natural story’ in his BBC Maestro screenwriting course. He describes this as “a series of events that combine together and give us a point where we know there are going to be consequences – there’s going to be a big fight, a court case or a quest” for example.

A big fight or a quest are great examples of action scenes. In some of the best films today you’ll recognise a big fight or a character’s final hurdle to overcome placed towards the end of the film. Usually, they end in victory. Other times they end up in fatality.

To make a great action scene you need to build up to this big event from the beginning of your script. Jed reminds aspiring screenwriters to consider the “complications, confrontations and conflicts” that could occur for your characters throughout your script to help allude to what’s to come. Setting up for your big event from the very start is crucial to building a successful climax, so take time when crafting your whole plot to identify key places to pepper in your hints. 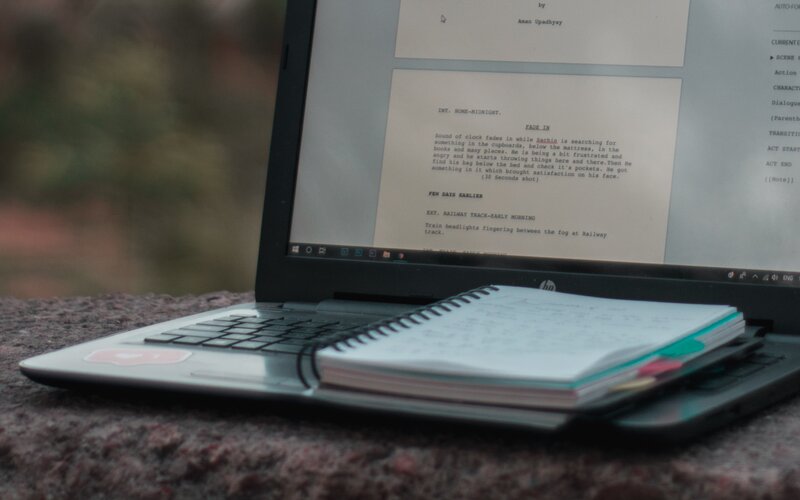 Pace is everything when it comes to an action scene. After carefully crafting a brilliant script leading to this point, you want to make sure you can deliver a scene that does your work justice.

A good action scene feels fast-paced, intense and exhilarating. One brilliant discipline to get you there is to use smaller sentences leading to and during the big event. Doing so can help communicate the suddenness and immediacy of what’s happening as the event unfolds, all the while keeping readers on their toes.

Think about a fight scene for example. These often happen quickly and emphasize short-sudden movements like a punch to the face, a fall to the ground, or a flash cut of a rival character entering the scene. A good action scene often feels like every choice the character makes in that moment; we make with them.

Dial down the dialogue

Some screenwriters choose to mix some of the action with dialogue, although Jed Mercurio recommends keeping dialogue to a minimum. “Dialogue is sometimes considered one of the most important elements of scriptwriting. In my view it’s the least important,” he says in his course Writing Drama for Television.

Even though it may feel useful to help activate what’s happening on the pages, Jed believes less is more when it comes to writing dialogue into a scene. Of course, you want your scenes to feel as natural as possible – so it would be unusual for someone to get shot and not make a sound. But more importantly, you want to keep the reader in the heart of the action. With that in mind, including onomatopoeia for sound effects (‘BANG’, ‘SLAM’, ‘CRASH’) and actions for characters in parenthesis (‘he winks’) are great techniques. These help ground the reader – giving subtle clues to the mood of the line or scene. 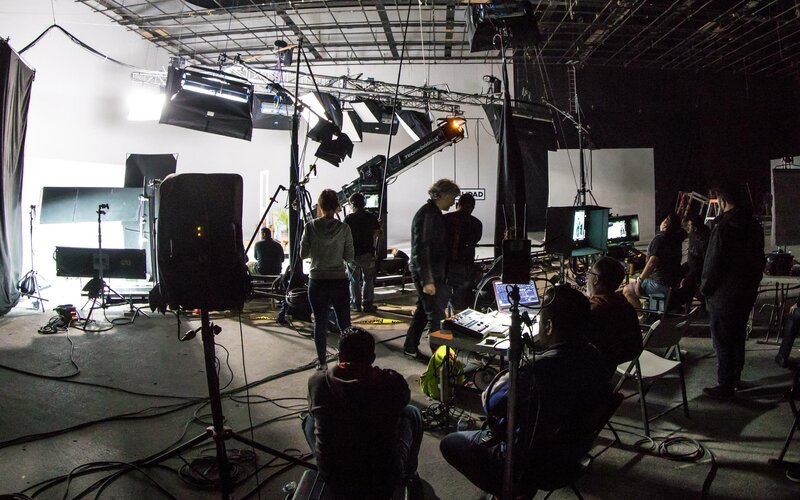 There are a whole host of tools screenwriters use to depict their vision. Yes, the writing is ultimately dictated by you, but the director and screen editor will probably want a say in the filming techniques and editing styles that will really activate your script. Most scripts will contain directions. These are a few words or phrases that indicate the character’s state of mind or behaviour. These can also be directions to the director, usually written by the script editor – suggesting what filming or editing effects should be applied by the camera at certain moments. When writing your scene, why not try considering some of these directions:

With any creative task, getting feedback is invaluable. If you’re lucky enough to know someone in the industry or have access to a scriptwriter or editor – share away. But if not, run it by a mentor or a family member or friend. Feedback is never wasted. If you don’t agree with it, don’t disregard it. Show your scene to others and gather a sense check of how it’s landing with different audiences. It may be that it feels too long, or it needs the odd tweak here or there. Or maybe it needs to be rewritten entirely. That too is OK. Even the greatest writers have rewrites to do. It’s better to know it works well than to know it doesn’t work at all when it’s already on the screens.

So now you’re ready to write your very own pulse-pounding action scene for a screenplay. Whether you’re aiming to create your very own box office hit or creating a piece for a screenwriting competition, you should find some valuable advice in this article to help get you on the path to success. If you’re keen to learn more about writing for the big screen, take a look at Jed Mercurio’s course Writing Drama for Television and keep your eyes peeled for Edgar Wright’s upcoming BBC Maestro course on Filmmaking.